September 27, 2011
THIS POST CONTAINS GROWNUP CONTENT.
COVER YOUR EYES IF THIS STUFF OFFENDS YOU.
I have a taste for women comics who go over the edge. Of good taste, that is. So I’m a fan of Kathy Griffin, for sure. She’s no Margaret Cho (who’s completely outrageous and bawdily hilarious; if you haven’t heard the closing song in her 2008 special, Beautiful, you’re missing out), but Kathy definitely has her moments. Love her. So I was happy to see that one of her shows, Pants Off, was on TV the other day.

Kathy told her audience that her 50th birthday gift to herself was a dinner with Gloria Steinem. Now, don’t we all wish we could gift ourselves the same way? Her TV show aside, Kathy’s no D-Lister. Anyway, she’d gone through a bad breakup and her concern was that her ginormous metaphorical balls prevent her from having a relationship. (Kathy, you should’ve had dinner with me, instead. Let me reassure you.)

So here’s what she says she blurted out:
“Gloria, will a man ever love me?
I just broke up with this guy and I totally am a feminist
but I still want to have sex with guys who like me, what do I do?

Now, the premise is funny to start with: who in their right mind would use their time with the preeminent feminist of the 20th century to ask about relationships?
Neither woman disappointed.

“So have you started menopause yet?” Gloria asked.
“Yes,” Kathy replied, “and it’s awful! I get flop sweat, it’s horrible.”
“Well,” Gloria said, “wait till it’s over. One you go through menopause you’re not going to care at all about sex or relationships or any of that stuff.
And also your vaginal wall will get thinner; in fact it will basically turn into rice paper.”

Horrified, Kathy says she became obsessed with how to thicken her vaginal lining.
Her riff on that was hilarious.
See it yourself; don’t let me ruin it for you.

So I decided to do a little research, myself. 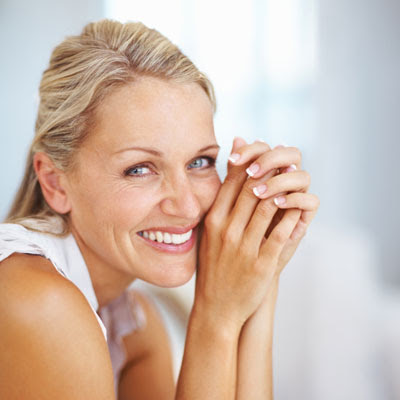 As women age, our estrogen level depletes and all sorts of things get less supple. Even regular use of moisturizers and lotions fails to keep up with the impact of hormonal loss on our face, neck, arms, legs. Hair thins. Some women grow facial hair (not me, thank God.) Some women’s leg and arm hair completely disappears. (This IS me, thank God. No more shaving!) 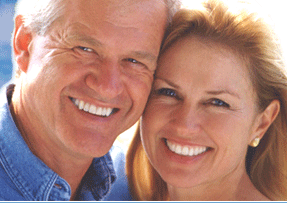 This mature couple looks happy, but Gloria would bet dollars to Donuts Delite donuts that their bedroom life needs a little something because he’s got ED and she suffers from symptoms of estrogen deficiency. So today, we’re going to talk dirty little truths about aging.

Some people have a very easy time with menopause. One of my aunts had hot flashes for years, the kind that made her perspire profusely all day every day. I had about a dozen hot flashes and that was that. I never had PMS, either. I just kind of slid through all the female realities.

Remember when the big sales pitch on menopause was that sex was better
because pregnancy was no longer a risk? Did you buy that?
But Gloria raises the specter of a big drop off in libido post-menopause
due to hormonal changes. Apparently, it’s not common for women
to be as hot to trot after menopause.

This was a huge shock.
You might ask, how could this be a shock, doesn’t she read?
Of course I read. But dry and tearing like RICE PAPER????
Holy moley.
This gives the “dry humping” of our teenage years
a whole new meaning.

Turns out, there are prescription potions, lotions and gels women can apply locally
to make things more …. youthful. Oh, and comfortable. Less like rice paper.
Perhaps Gloria wasn’t willing to do that.

But, apparently, hormone deficiency can also cause female parts
to ATROPHY after menopause.
Ok, so why didn’t someone tell us this?
And when that happens, this is what women are prescribed: 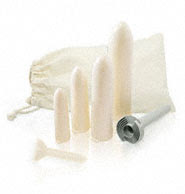 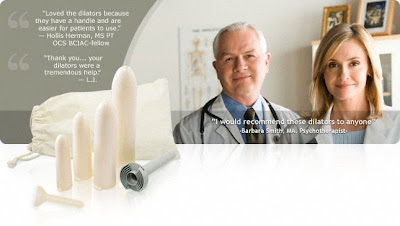 Isn’t it tempting to name them Teeny, Meeney, Miney and Whooaa?
Yes. Women are invited to…insert these…for a period of time a day.
Just kick back and read or something. 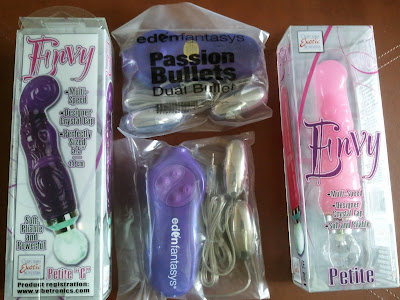 Now, this is the fun version of those dilators. It’s my stash from the BlogHer conference. Compare it with the medical grade, plain white version above. No batteries or electricity on those, either. Perhaps the doctors who invented these would take suggestions.

Well, there you have it. I’ve educated you.

And an opportunity to get creative in the bedroom. (Oh, live a little!)

Oh, and there’s good news. Kathy closed her TV special by telling us that after
all the creams and potions, her vagina is like a Goodyear tire.
Good to know.

Thank you, Kathy, for that menopause education.