February 23, 2011
We Americans are exhorted to Make It Happen.
Just Do It.
Create Your Life.
Blah…blah…blah.

I bought into it, though. All of it.
And to a great extent, I do believe that we can create our own lives if we want to.

Undeniably, luck and serendipity have made a few propitious guest appearances in my life.
But when it comes to writing the memoir I’ve been thinking about,
well, that’s about as far as I’ve gotten. 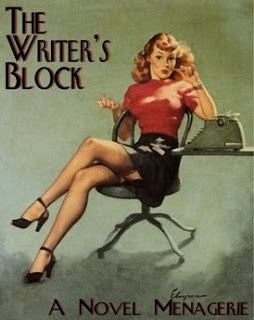 Oh, I’ve made a few starts. But basically, I’ve avoided it, even as it pokes at me. Every day, a little cheerleading devil dances in my head:

Get Writing! Make it Happen! Just Do It!

It seems as though I’ve got no time at all, when, in retirement, I have all the time in the world.

So much time, that I’ve been seeing my trainer three to five times a week for a year, even as I obstinately refuse to lose my excess weight. Despite myself, I’ve built strength and flexibility. But I never have been and am not now “athletic.”

Yesterday, mid-workout, Trainer Chris instructed me to do 30 of what he calls modified cobra push ups. It’s not a real push-up. Basically, the top half of the body comes up, lifted with the arms, but the knees remain on the floor.

I assumed the position, and then lifted. As I did, my entire body automatically went into the regular push-up position and came up. Not just the top half. My whole body.

I did three sets of 10 real push-ups. Not perfectly. But just about.

I don’t know which of us was more surprised, me, or Chris.
My body wasn’t surprised, though.
It knew it was ready. 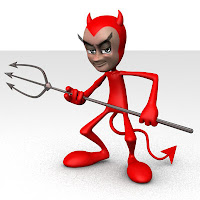 When I got home, that writing devil began tormenting me again. I whined aloud about my inability to get writing. I exchanged emails with my angel of mercy about it. I knew I needed a jump start. But what?

Maybe I’ll go back to the Iowa Summer Writing Festival, I thought.
But, those sessions are a crap shoot. They could be really good,
but there is an equal chance of their being insufficient.

Then, for some odd reason, I thought about a writer and writing coach I’d seen at a writers’ conference a year ago. She was good. So was her book. I quickly brought up her website. Just two days ago, she’d announced a 12-person memoir writing workshop. Nine weeks this spring into summer. Writers new to her had to submit work before getting accepted.

I wrote a quick application email, attached two essays and then pressed SEND.

Most writers –even journeymen–are sickeningly insecure about their writing and I’m no different. I obsessed all afternoon about whether she’d let me in the workshop. Maybe my writing sucked really badly. Maybe she’d think I was just a hobbyist and incapable of actually writing something worthwhile.

And then, hours later, her email popped up.

I couldn’t open it. I was afraid. M. offered to read it for me.

You’d think I’d been accepted at Harvard.
Which tells me how much writing this book means to me.

Oh, I could’ve signed on with her last year, or at least applied. But here’s the thing:

Maybe when it’s time, well, it’s TIME. And nothing before that will work.