A dog and his best friend 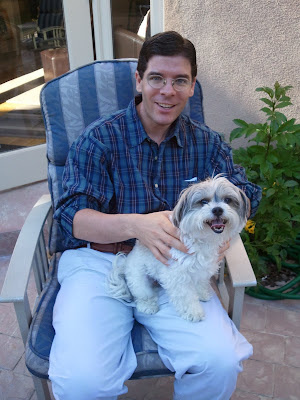 If you think dogs don’t have memories or any concept of time passing, you’d be wrong. Seriously.

You can’t imagine the level of excitement at our house when Riley was reunited with his very favorite pal, Uncle Michael, who is here from Tampa for a week’s visit. Barking, jumping, happiness at being reunited after a year (M’s last visit). And then, Riley plopped himself on M’s lap, where he stayed until we served dinner.

Riley has known Michael since he arrived at our house in May 2007, and it’s always been clear Michael is one of Riley’s favorite people–and from the look of things last night, his top pal. This photo was taken just a few minutes after arrival.

3 comments on “A dog and his best friend”