A hot and spicy Feliz Navidad! 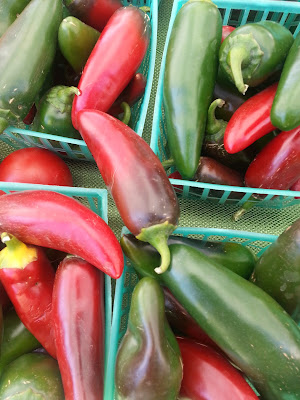 I can only imagine how bunches of these red and green peppers have the starring role in wreaths and other holiday decor in the Southwest and how many people, far from home, miss the hot, spicy aroma of traditional Southwest family holiday dishes.

Maybe you’re one of them?

For me, these peppers bring back the memory of my very first trip to Santa Fe. It was the late 1980s and and a girlfriend and I included a visit to Santa Fe during our trip to participate in the Albuqurque balloon festival, which in itself is amazing.

Anyway, we were staying at rental condos in Santa Fe, probably the same place M and I will stay this fall when we visit a friend. My friend and her mother were both accomplished Mexican cooks (yes, they are of Mexican descent) and she wanted to bring back some chili peppers. So off we went to find them.

Once two huge bags were secured in the trunk of our rental car, we headed back to the condo so she could roast them. Our eyes teared from the peppery vapors emanating from the trunk and once we were at the condo, it was even worse.

After roasting, she stuffed them into ziplock bags and they traveled back with us in an extra suitcase she’d bought expressly for that purpose. (I’m sure she had to discard that bag once home.)  I had to laugh–it was just like a flight I took once from Milan to Palermo in Sicily–people bringing aromatic cheeses, salami and all sorts of smelly stuff.

I can’t see any kind of chili pepper without thinking back to that trip. 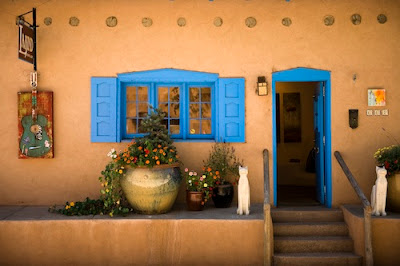 Santa Fe’s on our schedule for the fall, just before we head to India. A friend from grad school has retired there with her husband, and promises to give us a big-time tour. Although M and I have both been to Santa Fe several times, we’ve never had the joy of an insider’s view, so we’re looking forward to it.

The three of us all knew each other back in the day (mid 1970s) but we haven’t met her husband. He’s also a lawyer, so we’re hoping he and M. will have lots to talk about.

Another friend lives there as well, a woman I met in the late 1990s at the Iowa Summer Writing Festival. We’ve gotten together a few times since then in Santa Fe, San Francisco and Pacific Grove. Looking forward to seeing her again.

And of course, is there anything as evocative of the Southwest as adobe homes and the Sangre de Cristo mountains?

So, I might not enjoy the heat of a chili pepper, but I do love the memories that come flooding back when I see one. And can’t wait to be in Santa Fe again.

4 comments on “A hot and spicy Feliz Navidad!”