A victim of my generation 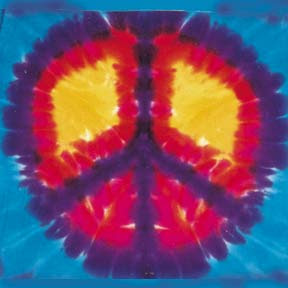 One great outcome of being grown up is the coalescing of my political and social beliefs the unequivocal knowledge of what they are. A solid conviction that I believe them in my heart, in my mind, at my core. That they inform everything I do.

I always knew that I wasn’t conservative, but it wasn’t until middle age that I really understood things like how much I am against war and capital punishment. That I believed in social justice. And it took years for me to really comprehend how visceral my beliefs are.

A young person I know, still a teenager, is vocally parroting his parents’ conservative beliefs among his social media circle. The thing is, he has nothing to base it on, except that it’s what he heard at home. He comes from a well-off family and he’s never earned a penny in his life (yet). He doesn’t pay for things like health insurance and has never paid taxes at all. His views come from a hard-hearted place uninformed by anything but what he’s been exposed to, and he doesn’t realize it.

I would feel better about his vocal beliefs if I felt he’d had any life experience at all. In fact, he’s had less than the majority of his peers. So right now, his words are empty parroting of information filtered by his parents. And they lack compassion in a most shocking way. It makes me sad.

At his age, I too, was experimenting with politics. But my ideas came from a heart place. Anti-war. Peace. Social justice. I’d worked since I was a teenager, at least summers. And my views were quite different from my parents’. They weren’t much more informed than his, really. But they were more compassionate. Less self-centered.

I’m very clear today that my views are a result of the alchemy of the 1960s. I’m a victim of my generation and happy to be one.

It wasn’t a perfect time, but it was an exciting one. A more compassionate one. It makes me happy to travel back to that time in my mind. So let’s take a walk back to 1974.

The talent on that stage blows anyone today away. Five guitar players. Count ’em.

The Southern California rock sound was in its heyday.

This stuff just makes me happy. Have a great day!