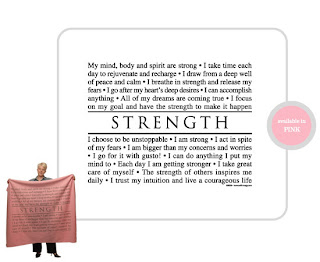 Most of the time, we don’t choose strength. Not exactly. It’s more like we’re called upon to dig deep into reserves we might not even have known we had. To access the strength that was always there, waiting for this day.

I am thinking now about the strength of parents who have lost a child. Or anyone facing illness. That scary apprehensive feeling when you don’t know what’s going on. That up and down cycle that often characterizes illnesses. Apprehension. Hope, then fear. Hope again, then fear, then dread. Despair.

And how you find the strength and courage to go on, day after day.

My friend, G, a babylost mama, as they call themselves, wrote me this the other day: We never know what’s waiting for us around the corner, do we? All we can do is go with it, and trust as much as possible that we’ll get through it, and come out stronger on the other side. This morning our daughter (age five) announced, “When I grow up, I’ll be able to do whatever I want.” Yes, we said, but with freedom you also get responsibility. I hate sounding like my parents, but…

Being a grown-up, having responsibilities, requires strength, for sure. We can never have too much of it. Affirmations like the ones above help us access our strength.

This weekend, preemie Baby Makenzie went home after 6 weeks of ups and downs in the NICU. Makenzie’s young mother had so much to face and had to muster up a lot of strength for a woman so young. She and her family received so many prayers after she was born.

G uses part of her blog for prayer requests, including some for Makenzie. One of her friends who appeared in these requests several times in recent weeks has had what can only be termed a miraculous recovery. Even the doctors have attributed a good part of his recovery to “divine intervention.” Their terms, not mine.

Many people find strength in prayer. And in challenging times, it may be the best haven we have. I’m glad it’s not a lost art.