December 2, 2012
We’re not small-town folks. Our orientation is urban and suburban
and we favor the witty and sarcastic over the homey and homespun.
Small town life would drive us crazy, we tell ourselves, and perhaps it would.
Then again, there’s nothing like the holiday season in a small town like Niwot, population: 4,000.
We were lucky enough to be staying downtown (and I use that term loosely) as they lit the town Christmas tree and officially kicked off the Christmas season on the Friday night after Thanksgiving.
The celebration was called Niwot’s Enchanted Evening, and the name fit. 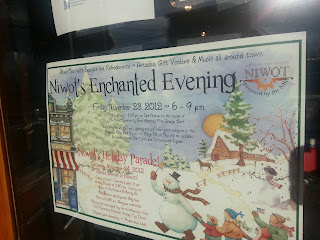 Holiday harp music filled the inn as we stepped out into the crisp, clear 32-degree night,
bundled up in our winter togs and my furry Uggs.
Brrr! We aren’t used to that kind of chill now,
though we were raised in the western New York snow belt.
And there was Santa, sitting in a horse-drawn sleigh right in front of the Niwot Inn.
It was too dark to get a photo but the clip-clop as he pulled out toward the center of town
made us smile. It was…enchanting.
Santa would be making an appearance in one of the shops,
and kids were coming from all over the tiny town in every kind of conveyance. 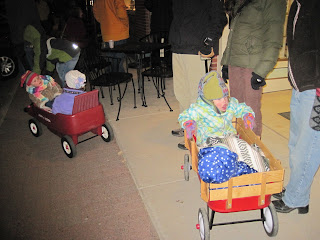 First on the night’s agenda was the lighting of the tree.
A crowd of Niwotians gathered in front of the tree, waiting patiently.
And then, right on time, at 6:15pm on the dot, the tree was lit.
Small towns are punctual. 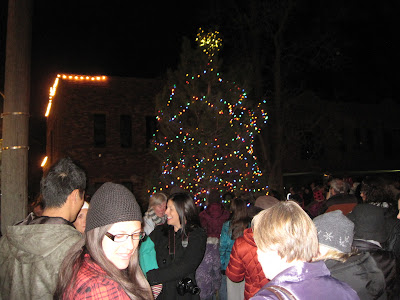 The band began to play…(of course there was an oompah band, this is small town America!)
Take a listen:
We strolled the tiny town and talked with some of the neighbors.
Meet Josie, a seven-year-old Maltipoo.
And then, we went to find Santa.  THESE are the times I wish I’d had children. 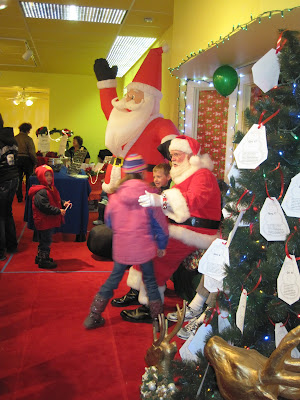 The kids were super-excited.
And so were we, when we topped off our evening by listening to carolers. Listen with us:

Look what we found there: 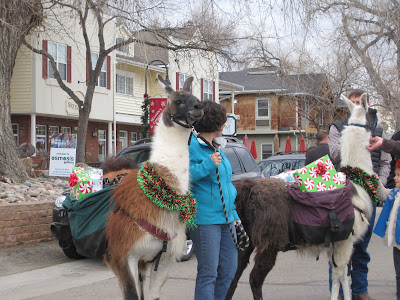 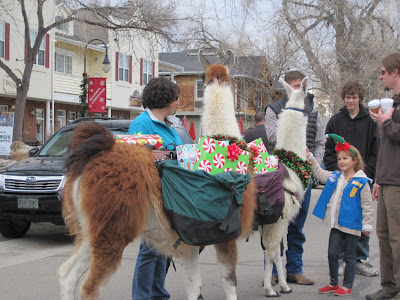 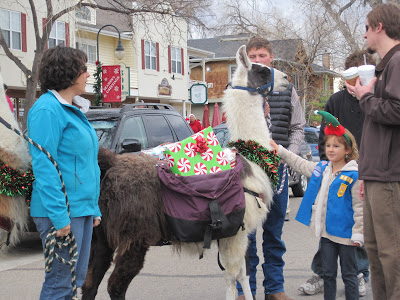 We don’t get to experience small-town America, living in the San Francisco Bay area,

and we found our holiday in small-town, rural Colorado to be sweet and charming.
And maybe, just maybe, a life like this wouldn’t have driven us crazy at all.
Maybe, just maybe, we would have loved it.

3 comments on “An enchanted, small-town Christmas”