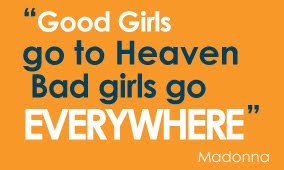 So. You remember the Bad Girls Writing Group I belong to? Where we all wear Wayfarers and leather jackets when we get together? And don’t talk about writing? For example, we’re holding our next monthly meeting at an art museum in San Francisco and we’ve agreed to get the audio tour so we won’t even talk to each other. Except during our lunch at the cafe there.

Well, I may have found its counterpart in my new book group. Only it’s coed and we actually talk about the book.

When I got to my first meeting it seemed pretty standard book club stuff. It’s held at someone’s home. The host provides wine and snacks. There’s a discussion facilitator. Everyone sits around and talks. But this group was a little different from book groups I’ve known in the past. 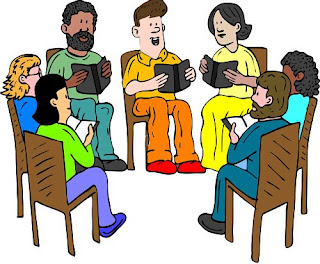 First, it was coed. Four men, four women at my first meeting. One married couple. Largely employees of that big company that is going to rule the world if it doesn’t already. Lots of engineers. Which I like, because I enjoy the engineer personality. But not all engineers. A teacher. Etc.

And new members needed to go through “initiation:” I had to choose three books I’d bring with me if I were deserted on an island, and say why.

Ok so, if you know me, you know for sure that my first book would be a big, fat survival guide, because to me, Hilton Garden Inn is camping. I’m fairly helpless in the wild, and would have no clue how to build a hut from palm fronds and I’d be poisoned the first time I tried to make a salad from leafy green plants.

My second book choice was the Norton Anthology of American Literature, so I’d have a variety of different types of reading to keep me company and that I could use as fodder for my imagination. Of course I agonized over whether it should be English Literature instead, but came down on the side of red-white-and-blue. (As you also know, I won’t let the other side co-opt my patriotism!)

And finally, Gone with the Wind, so I could have a girlie-girl fantasy since I was all alone on that desert island.

Of course, the fact is I’d rather just have my MacBook Pro, an internet connection and a lifetime supply of batteries and (yes, it’s a book, it says so in its name).

With so many engineers, I expected my survival guide to be a common pick. Turns out I was the first person to ever choose the obvious. (I haven’t broken the news that I am an avid reader of tabloids yet…I wanted to cement my membership and my IQ first. Not sure I’ve done either yet.)

So, it’s coed and there’s initiation. 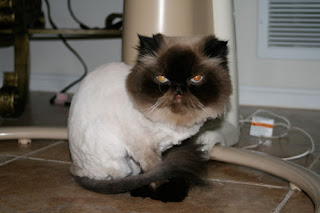 Then things began getting interesting. A Himalayan cat shaved like a lion wandered around the living room. This is not the cat. But close.

Toward the end of the evening it ended up on the dining table having its share of our snacks. (Of course, I was perfectly ok with this, how could I not be, as mother of the Dauphin, young Riley, who, I just found out, is aptly called “The Little Prince” by one of my Tampa friends.)

Then, one of the women was trying to think of a word. Like so many of us these days, it wasn’t coming easily.

“You know, it’s like a linguist but not a linguist?” she said, imploring us to help.

Something did occur to me. But it was my first meeting, after all, and I didn’t want to go there. But one of the engineers did.

“A CUNNING linguist!” he suggested.

Oh, I knew I was in the right place. If you know me in real life, you know that “normal” is NOT my middle name. I try not to bring that out among new people right away, for fear of scaring them.

This was also the first time I’d been with an entire group that didn’t know my story. So when someone asked me where I worked, I said that I didn’t work any more and that my husband kept me.

Which is sort of true. Although I am doing some consulting. I didn’t mention the story or the memoir because I haven’t touched it in weeks. Plenty of time to say more. And I really do feel like a dilettante these days.

As the discussion wore on, we needed to Google something. I picked up my smartphone.

“Wait a minute!” one of the women commanded. “Are you PUSHING buttons???? “

“What kind of phone is that??” she demanded. She works for that big company that made the touchscreen so pervasive, of course.

“It’s a Samsung,” I told her, “look, I’m bad with touchscreens.” I’d had Ipods since the start and was always prematurely ending songs and starting new ones on my touch screen. It was a pain in the ass. 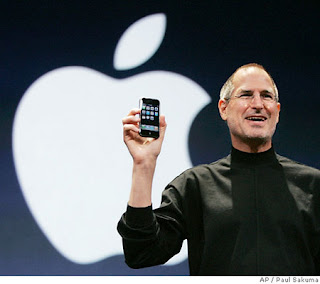 The cunning linguist pulled his Iphone out and tossed it to me.

“Yeah but what about the latest version?” I asked. “The one that needs bumpers to deal with that antenna problem?” One of the other engineers tossed his over.

“Here’s one. Try this.” I hadn’t gotten this much quality attention ever at a phone store. God, it’s fun being around people who are so well-equipped. Book club + phone shopping, who could ask for more?

I dialed up my husband on the Iphone. I actually got the numbers right on the first try. Hmm.Not so bad.

“Honey,” I said. “I’m being held hostage by a group of Apple people who won’t let me go home until I commit to an Iphone.”

Since could actually dial and type without an issue, it seemed inevitable. An Iphone was probably in my future

I asked about the antenna problem.

“It’s bullshit.” Well, yeah. I didn’t have a 35-year career in spin doctoring, half of it in high tech developing just such message points for nothing. Of course, I always wanted to develop those kind of message points. Like “That’s a bunch of crap.” Or “He’s fuc king insane.” My corporate communications world would be far different, if I had my druthers. But, I’m done with all that now.

I want to explore that antenna a bit more. Also, I was planning to dump ATT this month in favor of Verizon, which won’t have its Iphone until January. After decades with Verizon, I switched to ATT only so I could use my phone easily in Europe, but its coverage and service totally sucks So that means waiting for Verizon. Another half a year. Verizon stupidly lagged in worldphones, making the wrong technology decision (reminding me of the Betamax and VHS wars of old.)

I liked the touch and feel of the Iphones I tried, so I suppose one is in my future.

“And, you need an Ipad,” suggested one of the women.

Ok, I looked at the Ipad last month while I waited for a Genius at the Bar and since I write, without a keyboard, it is useless. I KNOW Apple’s long-term plan has to be to get us all typing on the touch screen but that’s going to take a long time for those of us used to a keyboard. Especially those of us who type fast.

You know I think Steve Jobs and Apple are arguably the most significant things to happen to technology in the past 30 years. But I do think this is kind of sneaky. 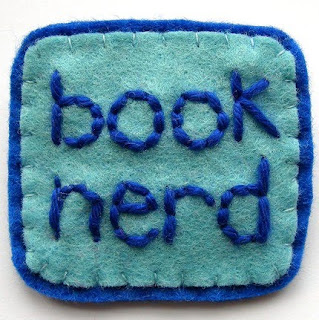 But I’m digressing from the book group. We read The Lone Ranger and Tonto Fistfight in Heaven, a short-story collection by Native American author, Sherman Alexie. It sparked some good discussion, which is what a good book group book should do.

I like what I saw last night. Interesting people, smart and funny. Am glad to have hooked up with this group of fellow book nerds.

Oh, how did I find them? I posted a Craigslist notice that I wanted to start a new book group and one of the men responded with info about this one.