Apple: arrogant, but still the best game in town 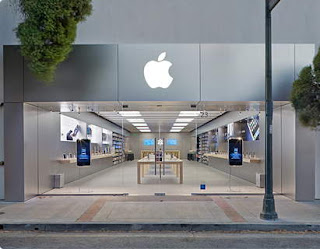 I’m writing this on my trusty MacBook Pro, which is back from the spa a mere 48 hours after it left my hands.

Of course, the only thing that wasn’t replaced was the hard drive, so thank goodness I had the foresight to buy the AppleCare warranty. Optical drive, keyboard, various other boards and items. All free. So it’s more or less a new computer.

Apple stores are a thing of beauty. Not only are they aesthetically pleasing, but it’s fun to watch them hum along efficiently. Appointments are kept relatively on time, the stores are teeming with young, blue-t-shirted geeks and there seems to be a workable system operating at all times.

“Don’t you feel kinda like you’re in some Scientology meeting?” my husband asked. I laughed.

“Naah, it just seems like every trade show I ever went to.”

I wasn’t expecting to see my silver lifeline until midweek, so I was very surprised to get a call this afternoon. Back to the Los Gatos store I went. The guy who helped me when I dropped it off was so nice and helpful that I’d forgotten the one little thing I hate about Apple.

When we booted up to see if everything was still there, Firefox wouldn’t come up. Safari did, but Firefox is my primary browser. Safari gets a little squirrelly with the blog so I prefer Firefox. Then, the software update started spinning out.

The young woman helping me was over her head, so she turned to the guy next to her for tech assistance.

What could I do? I turned to him, and gave him a silent, raised-eyebrow look that would stop a charging rhinoceros. A look that said many things, but silently. It said:

“You arrogant little prick, I had a Mac when you were still in your mother’s womb. You’re supposed to be in customer service, so how about serving? Steve Jobs has earned HIS arrogance, but you? You’re a clerk in an Apple store. You haven’t earned the right to cop an attitude with me.”

It was one look, but if you’ve ever gotten that look from me, you’d know what it said without reading the paragraph I just wrote.

He got it. “I’m just trying to help!” he said defensively.

I gave him one more raised-eyebrow look and turned my back. He no longer existed. 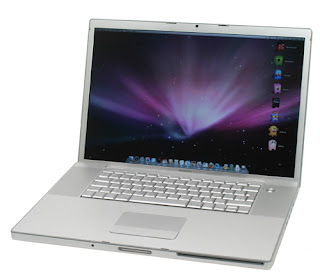 At that point, Firefox came right up and after I tried it a few times, no problem. (Proof there IS a God.) I signed off on the paperwork and left, thanking the young woman for her help.

On the way home, M. did a fabulous satirical soliloquy about Steve Jobs’ attitude toward customer problems with the new Iphone that went something like this:

“Well, some customers have sweaty hands. Have you seen a doctor?”
and
“AT&T has poor coverage in some of the less desirable areas; where do YOU live?”

Given all that, it’s still the best game in town and, after using that horrible Windows mini for two days, I am loving on my revamped MacBook with great appreciation.