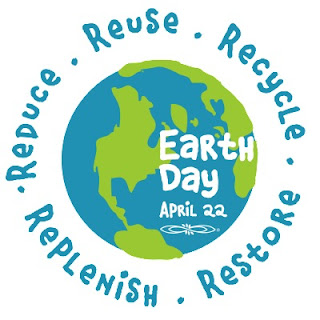 Earth Day–April 22– celebrates the birth of what’s considered
the modern environmental movement.
Did you know that Earth Day was actually an outgrowth of the hippie movement?
Yep. At the time, environmental concerns were starting to get more attention
and a U.S. Senator from Wisconsin, Gaylord Nelson, founded Earth Day
in 1970 to help put environmental protection on the national agenda.

And it’s been a good thing. Even though we want what we want when we want it, including our big, gas-eating cars and trucks. At least we think about environmental impact, even if we decide it doesn’t apply to us. Although it would be smart for more of us to believe it
applied to us and live accordingly. 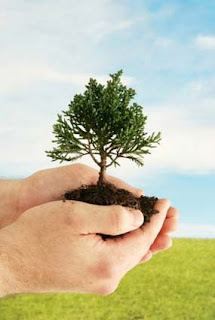 I’m sure schools today are all over Earth Day. But when I was a kid, we celebrated Arbor Day, instead. The Earth Day’s ceremony was always on the last Friday of April. That was about the time the snow was gone for good and spring hit with full force in upstate New York.

I remember standing outside with my elementary school class in the cool spring air, smelling the freshly-dug earth as our principal prepared to plant a tree. It was my first awareness of Mother Earth. {I wonder what happened to all those trees. Are they still there? I’ll be checking when I’m there this summer.}

I don’t hear much about Arbor Day any more, but it’s still celebrated in most states.