Authentic was his middle name 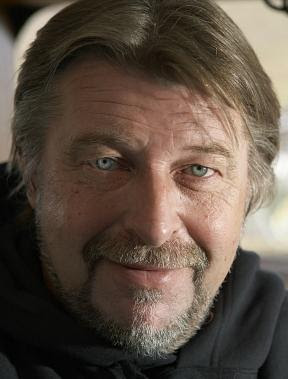 I’m following the last few episodes of The Deadliest Catch this month, the ones that lead to Capt. Phil Harris’ death.

Capt. Phil was arguably the star of the show. A gruff, tattooed, Harley-riding, charming, straight-talking guy in his 50s, he was the guy every man wanted to be and every woman wanted to be with.

He was an unlikely star. But the outpouring of affection and grief after his death confirmed that the show’s audience saw through Phil’s tough-talking exterior and connected with his depth and inherent sweetness.

What made him so beloved?

Viewers responded to his authenticity, something in short supply today. Especially in other “reality” shows, which are plotted, badly acted by awful people and degenerate into strange spectacles of bad behavior. We watch them for the spectacle but we watched Capt. Phil for his heart.

“Authentic” means not false or imitation. It could have been Capt. Phil’s middle name. Fans of the Deadliest Catch knew that there was no way he or any of the other captains could be scripted. What viewers saw was the real thing. The real man.

We may not have known Capt. Phil, but we knew who he was and our grief for a man most of us had never met was real and heartfelt.

It’s good to remind ourselves that we need be nothing but our authentic selves, ever. That being who we are is enough. More than enough.

Sorry you couldn’t stay, Capt. Phil. The world’s a little less colorful. But your lesson on authenticity is a worthy legacy for your sons and for us.

Here’s Jon Heintz’ beautiful song, Rain, from last week’s episode of The Deadliest Catch, to remind us that Phil is for sure sitting with his angels now. For sure.

Come sit with your angels,
And give us some time,
Forgive us this fragile frame of mind,
It’s all right.
‘Cause it’s difficult changes for each in our turn,
And baby your angels they never learn,
No we never learned…

We’re given these moments,
We’re given this time,
And we do what we must just,
Just to get by,
Just to stay high and dry
And as sure as these blue skies they’re gonna turn gray.
You’ve given your angels all of your days
Oh but you can’t stay…