Back to the future: a photographic trip down memory lane. 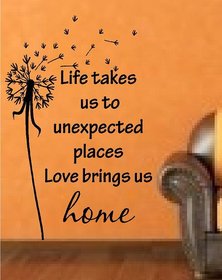 Most of my most significant old photographs have disappeared. Too many moves, for one thing. But also, when M. and I divorced in 1980, I discarded all our old pictures. Including our wedding album.  They were a memory of time and a person I thought were long gone. We didn’t have kids; there seemed to be no good reason to keep them. Time passed.

Sigh. I had no idea we’d reconcile in 2009. Not a hint. And now, I miss those mementos of our first life together.

So it was exciting last week to find a treasure trove of photos and mementos and discover a handful of shots from back in the day. It was deja vu all over again! Want to stroll down Memory Lane with us?

We had several engagement parties back in 1972. I think this shot of Michael and me is from one of them. We were so young and in love.

Life takes us to unexpected places.
Love brings us home.

M found an 8mm film of our 1972 wedding, which I haven’t yet seen.  And there were just a few faded snapshots from the wedding. Here are the best ones:

He’s not smiling here, but believe me, he grinned from ear to ear all day. Why? His rebellious oldest daughter had actually gotten married to a suitable guy: smart, nice and…. also of Sicilian descent.

We had a huge Italian wedding, and I do mean huge. Don’t my parents look happy? It was a happy day for everyone. And yes, my mother was a natural redhead. Once.

The song was “Come Saturday Morning” popularized by The Sandpipers.

Come Saturday morning
I’m goin’ away with my friend
We’ll Saturday-laugh more than half of the day
Just I and my friend
Dressed up in our rings and our Saturday things
And then we’ll move on
But we will remember long after Saturday’s gone.
Whomever taught my father to dance taught him to use his leg like a rudder. He was a seriously determined dancer. I was certain I’d have bruises from his leg pushing mine in the correct direction.
I’m sad that these are the only surviving photos, but thrilled to have found them. Michael and I had many laughs as we reminisced.
We gave my in-laws a 25th anniversary party in 1974. Later that year, my father-in-law died. These photos are very special.
I had three or four long halter dresses that I wore for various pre-wedding festivities, and this one was very stylish at the time.
Hmm. Mom and I should have better coordinated our outfits. It makes me dizzy just to look at us.

We both loved our cigarettes back in the day. “The day” ended for me somewhere around 1991, and for him, in 2009. Ellen is still married to Richard, Michael’s younger brother, and still has the most beautiful skin.

Let’s comment on the hair. Richard didn’t cut his for our wedding, which made my father very unhappy. Dad was old school. And Michael actually had hair. He was handsome with it and he’s handsome with out it. I’m still way hot for him.

Ricky, Richard or Rich–whatever he’s called, he is still one of my very favorite people and always has been. He was out here on business a few days ago and we had a nice visit over dinner.

The moral of this story is keep your old photo albums —you never know.