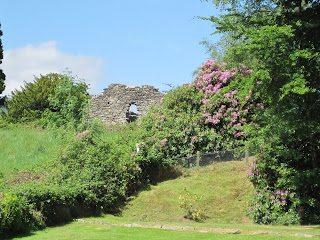 Glendalough was today’s destination, a monastic community that dates back to the 6th century, very early in Christianity. St. Kevin (only a saint in Ireland, not in the Vatican, too long a story for today) came here to commune with God in nature and in solitude. 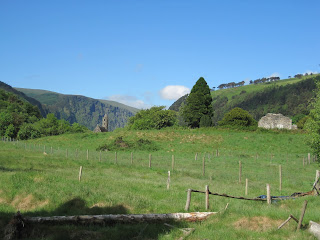 But, good news travels fast, and other monks joined him, and soon, a monastic community was founded. Here’s what’s left of the church the monks built. 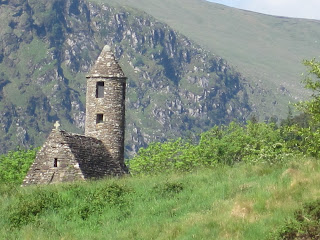 We got to go inside the locked up ruins of the church. It’s tiny. Here’s the entrance. 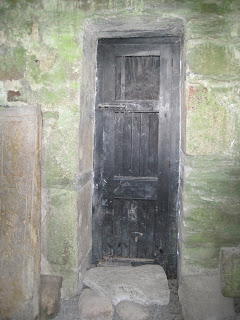 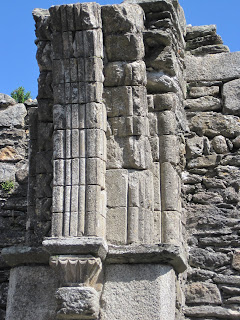 Many legends are associated with St. Kevin and if you do a little research, you’ll see what a fascinating figure he is. But for sure he had an eye for natural beauty, as this is probably the most beautiful place we visited.

The images are all of the ruins of the monastic community. It’s about an hour outside of Dublin. 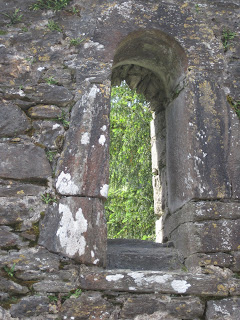 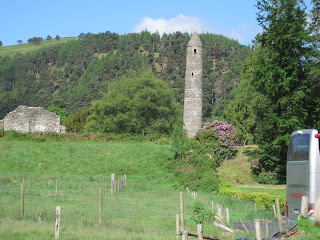 Just like everyone else, Celtic monks died, were buried and had graves. A beautiful old graveyard in the ruins. 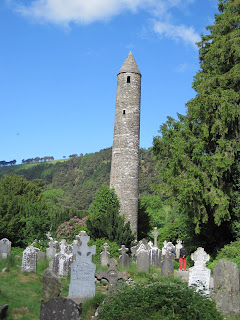 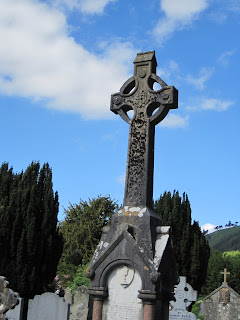 What is it about headstones that fascinates us? Is it that they represent a long-ago life that we can only imagine? 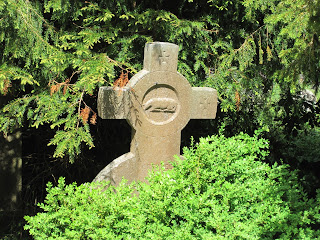 It’s always amazing to see evidence of the spread of Christianity, and how spiritual life evolved in other places. More ancient places than ours. 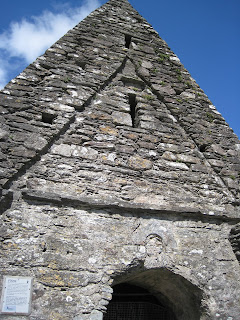