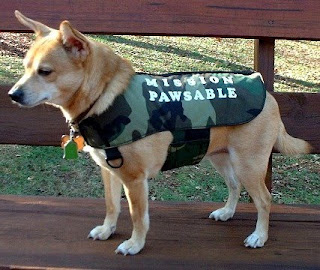 I’ve never been particularly neighborly. I enjoy my privacy way too much.

Besides, I’m not much for living close to others; the two times I have, neighbors cited me for having too-loud sex. One old lady busted me to the condo association.

But that’s another story.

Currently, though, we have a neighbor who, by any standard, would be considered “eccentric.” We’ll call him “Slim.”

He’s a tall drink of water who’s lived in his house almost 40 years. He’s fond of taking short walks around the block, 10 or 15 a day, which means that if you look out our windows at any given time you’ll probably see him striding out, a distinctive hitch in his lanky giddyap.

He has many tales and I’m pretty sure that like him, most are tall.

Today, he was trying to befriend Riley. He doesn’t know that he’s not a stranger to Riley, who watches his hourly walks from the front windows with great interest. The same interest he shows when we imitate Slim’s long, rolling gait.

Anyway, Riley was yapping away today as Slim mentioned that he’d raised 23 pit bulls. He pointed out that pit bulls have powerful noses. And that they’re suicidal.

His were sent to Saudi Arabia. He says they were drafted to fight terrorism on some sort of canine jihad.

The other day he told M. that, back in the day, he killed a mountain lion in his yard with his Winchester rifle. Apparently one of the other neighbors found a mountain lion at the dump and brought it home. The poor thing wandered into Slim’s yard and was immediately dispatched. 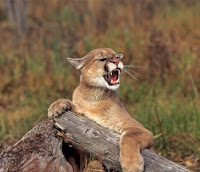 I’m more interested in the neighbor who brought the mountain lion home–how did THAT happen? and a better question: WHY?

The first time we met Slim, he mentioned that he’d been John Wayne’s stunt man. And also fought oil fires.

I’m sure that some of his stories are true. I’m just not sure which ones. But I’m definitely sure that good fences make good neighbors.

Because it wouldn’t surprise me to see Riley all suited up and on his way to Iraq.