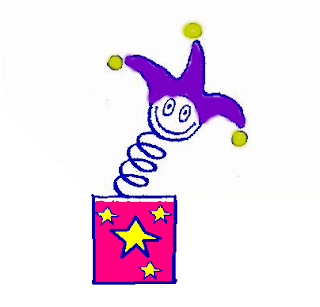 The Swiss Spaghetti Harvest
1957: The respected BBC news show Panorama announced that thanks to a very mild winter and the virtual elimination of the dreaded spaghetti weevil, Swiss farmers were enjoying a bumper spaghetti crop.

It accompanied this announcement with footage of Swiss peasants pulling strands of spaghetti down from trees. Huge numbers of viewers were taken in. Many called the BBC wanting to know how they could grow their own spaghetti tree.

To this the BBC diplomatically replied, “place a sprig of spaghetti in a tin of tomato sauce and hope for the best.”

Sidd Finch1985: Sports Illustrated published a story about a new rookie pitcher who planned to play for the Mets. His name was Sidd Finch, and he could reportedly throw a baseball at 168 mph with pinpoint accuracy. This was 65 mph faster than the previous record.

Surprisingly, Sidd Finch had never even played the game before. Instead, he had mastered the “art of the pitch” in a Tibetan monastery under the guidance of the “great poet-saint Lama Milaraspa.” Mets fans celebrated their teams’ amazing luck at having found such a gifted player, and Sports Illustrated was flooded with requests for more information.

In reality this legendary player only existed in the imagination of the author of the article, George Plimpton.

Instant Color TV
In 1962 there was only one tv channel in Sweden, and it broadcast in black and white. The station’s technical expert, Kjell Stensson, appeared on the news to announce that, thanks to a new technology, viewers could convert their existing sets to display color reception.

All they had to do was pull a nylon stocking over their tv screen. Stensson proceeded to demonstrate the process. Thousands of people were taken in.

Regular color broadcasts only commenced in Sweden on April 1, 1970.

Hundreds of outraged citizens called the National Historic Park in Philadelphia where the bell was housed to express their anger. Their nerves were only calmed when Taco Bell revealed, a few hours later, that it was all a practical joke.

The best line of the day came when White House press secretary Mike McCurry was asked about the sale. Thinking on his feet, he responded that the Lincoln Memorial had also been sold.

It would now be known, he said, as the Ford Lincoln Mercury Memorial.

A series of articles affectionately described the geography and culture of this obscure nation. Its two main islands were named Upper Caisse and Lower Caisse.

Its capital was Bodoni, and its leader was General Pica.

The Guardian’s phones rang all day as readers sought more information about the idyllic holiday spot. Only a few noticed that everything about the island was named after printer’s terminology.

The success of this hoax is widely credited with launching the enthusiasm for April Foolery that gripped the British tabloids in subsequent decades.