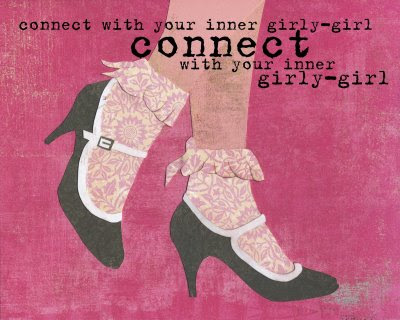 Yesterday was a dark day made only darker by some bad news from a friend in California.

I had a sixth sense that something was up. Don’t know how I knew, but I had a feeling. So instead of calling my friend, I contacted her daughter to check (which I have never done) and sure enough. Bad news. Without being specific, I’ll just say that your prayers for my friend will be much appreciated.

It would be nice if we were able to accept the seasons of life, including aging and illness, but like Dylan Thomas, I tend to rage, rage against the dying of the light…

When things aren’t so bright, avoidance is the only answer. 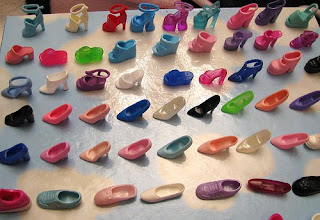 Well, Xanax would be an answer, but we all know how unlikely it is that I’ll ever score some.

So instead, my advice is to wear fabulous shoes and take some time to connect with your inner girly-girl. I mean, as Jackson Browne wrote abouth something else, what else CAN you do?

Oh, I know. Listen to the silly Barbie Girl song. THAT’s what we can do!

Especially if you’re a guy who can’t easily channel his inner Barbie. “Life in plastic/It’s fantastic”–who could forget those lyrics. The song’s below. If the link isn’t working in Blogger, as it wasn’t just now, you can find it here:

Let’s sing it all day.

Better days must be ahead.