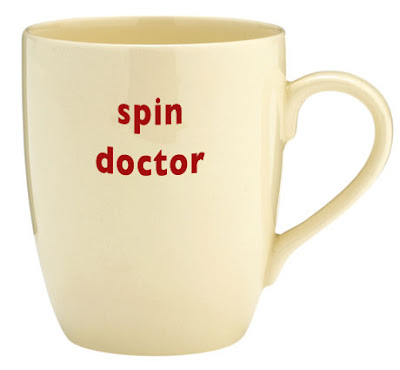 I stopped into the Apple store this morning while on a quick trip to the mall. I figured I’d nose around the Iphone area. So I played around with a phone. Pretty neat.

Then, one of the young store employees asked if I needed any help. It’s jarring to realize that most of them could be my grandchildren and also to realize that they must think I’m as old as dirt.

I decided to test the effectiveness of Apple spin.

“So, what about the antenna problem?” I asked.

“There is no antenna problem,” he said with that cocky air that some young tech heads have. So I pressed him. 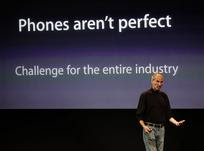 He dismissed my concerns by telling me that Steve Jobs had addressed all the issues and especially the media hype on apple.com and I should watch his address for all the details.

I pressed a little more to see what would happen. I had to laugh. The kid really did not want to address my issue, he wanted to get rid of me. But clearly the staff has been trained to blow off the issue as non-existent.

Of course, Apple wouldn’t seem so arrogant if store employees were trained to actually address the issue in a simple explanation. It’s pretty shitty customer service (and PR) to send people to a website when they are standing in front of you.

So, then I asked another staffer when they’d have a Verizon phone.

“There’s been no official word on that from Apple, so I don’t know,” he said. Wow, I thought, admiringly, he’d been trained on a real key message–one that doesn’t acknowledge the leak they know happened or the rumor mill at ZDNet, PCWorld, etc. But still, a strategic key message.

I was actually headed to L’Occitane, like any girly girl would, and I passed a Verizon kiosk. Oh, I couldn’t resist.

“When are you going to have an Iphone?” I asked the Verizon clerk.

“There have been a lot of rumors but we haven’t heard anything firm from Apple,” he said. A better strategic answer. Better than Apple’s response because it acknowledged that there’s been five weeks of media speculation and then bridged to the “don’t know” message point.

My experience with Apple goes back to 1989, when the company I worked for was partnering with Apple on a project and I had to connect with Jobs office at NeXt on some PR matters.I’m going to again express my admiration for Apple and for Jobs, because that’s how I feel. But geez, the hubris thing is so unnecessary.

There’s nothing uglier than young, snotty techies who don’t validate with customers what’s really happening in the outside world and think that by blowing something off they can make it go away. And it’s only one small example of the arrogance that Apple’s been known for and how they make it seem like customers are unimportant.

This is so easily fixed and it’s the only tarnish I have ever seen in what is otherwise such a stellar company.

They ought to be listening to some of the board-certified spin doctors that I know they have.