November 29, 2012
The Wild West–such a romantic concept, at least in theory.
But anyone who’s seen the series, Deadwood, has been disabused of that notion.
Dirty, muddy, violent, horrific.
But still, it’s captured our national imagination and held it hostage for a very long time.
So why not have a little flavor of the Wild West while in Colorado? 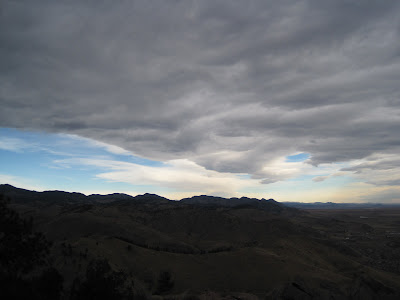 Moody cloud formations kept us company as we took a 45-minute drive to Lookout Mountain,
the gravesite of Buffalo Bill Cody
and also the site of a small museum
of all things Buffalo Bill. 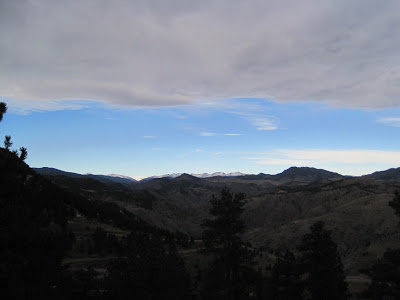 The show changed as we moved closer to Golden 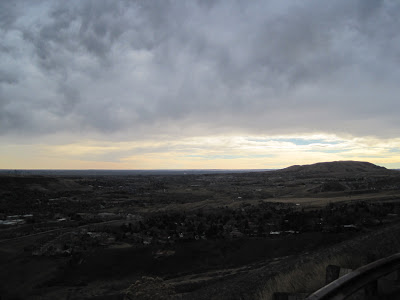 Higher and higher around switchback after switchback 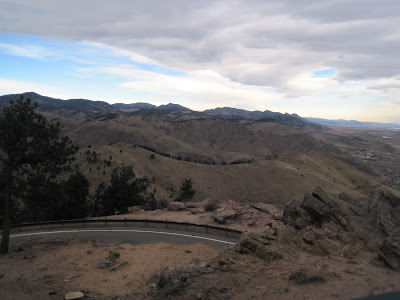 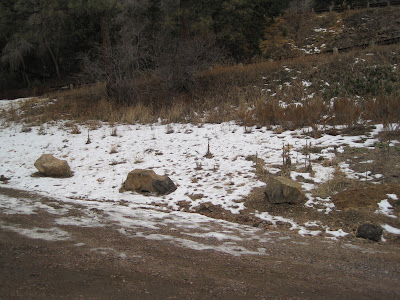 Snow! A pleasant surprise, since the weather had been so moderate in Niwot. 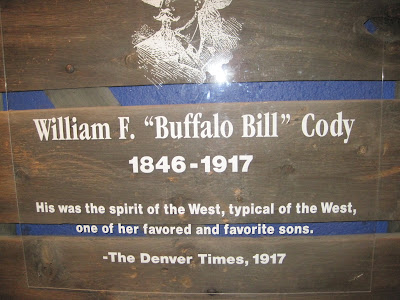 and then, the museum.
I love this: “one of her favored and favorite sons.”
Buffalo Bill Cody epitomized the Wild West
and through his shows brought its history and culture
to an international audience. 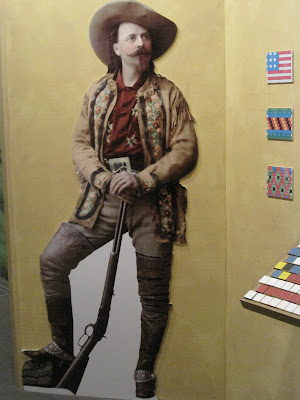 He was a great looking guy 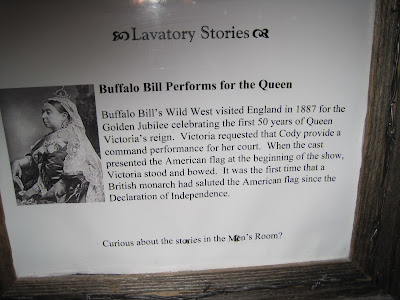 The museum lost no opportunity to inform us. I saw this in a stall in the women’s lav. 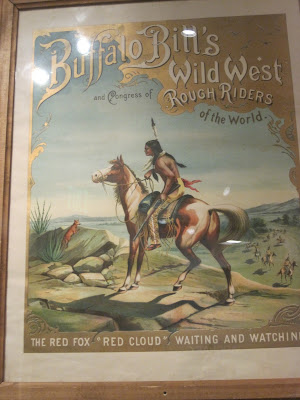 While it’s easy to think Buffalo Bill exploited Native Americans,
historians say it’s not true and that he
honored and helped preserve the Native culture.
Native Americans seem to agree. 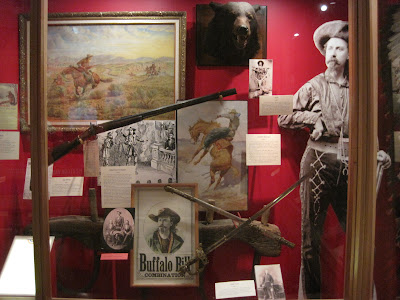 The displays were chock-full of memorabilia from the shows. 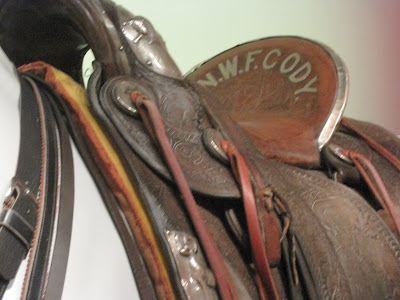 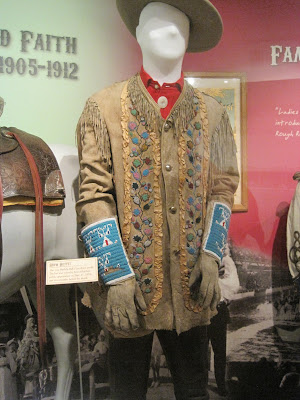 His outfit–wasn’t it revived in the 60s? 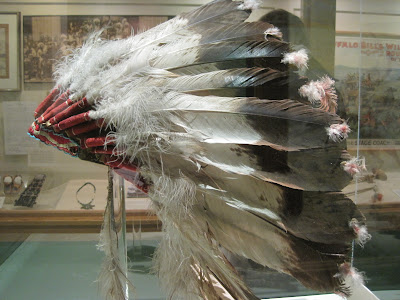 One of several headdresses on display 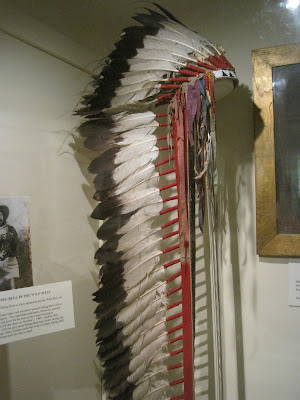 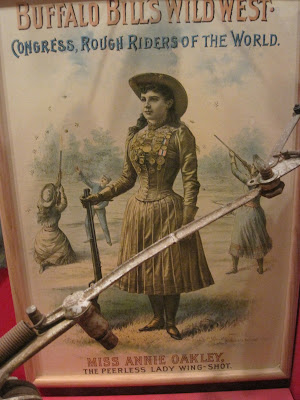 Bill was a proponent of equality for women: an early feminist, who knew? 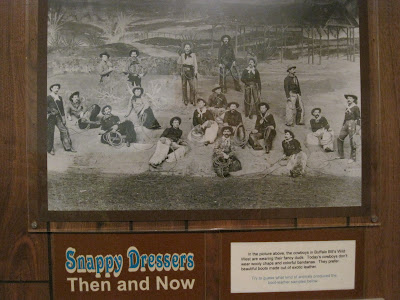 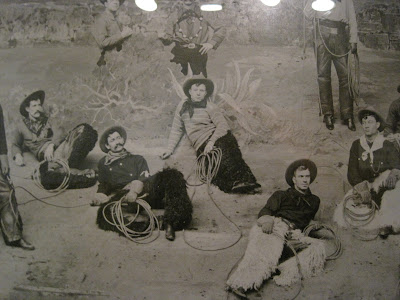 Some of the chaps were made of fur 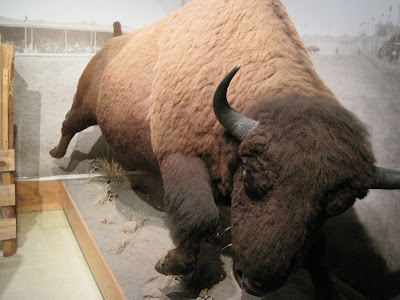 a herd of buffalo in the show.
That’s how elaborate it was. 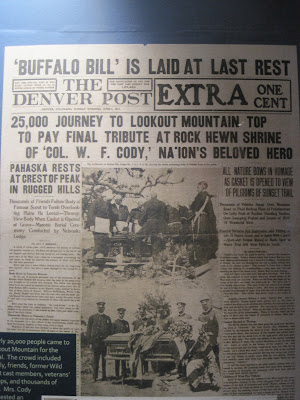 Bill was such a national figure that when he died, some 25,00 mourners
walked up the mountain on a cow path some 4 miles straight up
to his burial site. 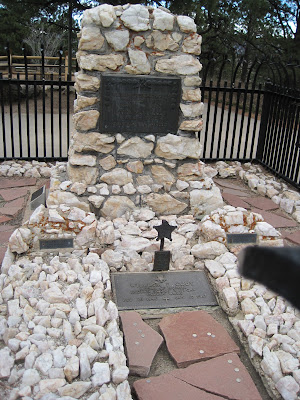 Arguments over where he should be buried
led to threats of grave-robbing until
finally, after his wife died a few years later,
concrete was poured over the coffins
so they couldn’t be stolen and moved. 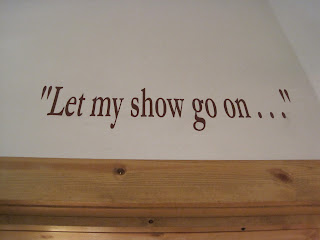 His memory certainly has. 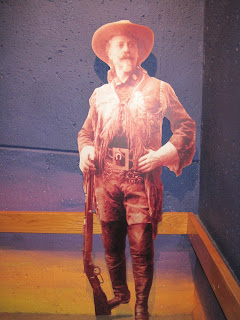