But they flew coach! 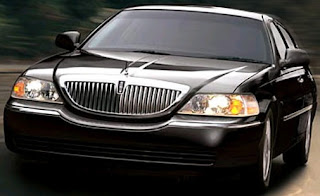 (still en route, and now our plane is late out of Paris)
About assumptions:

Last year we needed airport transportation from San Jose to SFO. We were leaving way before dawn and then wanted someone to meet us after our international trip, as well, as we’d arrive at SFO very late. Too late to be wandering around long-term parking exhausted, with huge suitcases.

Not something we’d impose on a friend.

So we found a great guy who’s been our airport driver whenever the need arises. We’ve used Mukesh about a dozen times and have gotten to know him and even some of his family.

His scruffy old van was just fine, but he’s upgraded to a new town car.

Now as you know, our idea of car-service is using Homobile and their junky cars, although we’ve grown fond of Uber when we can’t find a cab in San Francisco, usually later at night. (If you don’t know Uber, look it up.)

After a long flight a few months ago, Mukesh met us at the curb at SFO. He greeted us warmly and by name; we did the same with him. We exchanged friendly “How are yous?” and he placed our luggage in his trunk.

As Mukesh opened the town car door for me, my husband (M.) saw a well-dressed couple who had been in the first class cabin on our flight. They were waiting for a cab and staring at us –we were dressed in jeans– as we got into the nice new town car and bantered with our driver.

The wife, puzzled, remarked to her husband with a bit of outrage, “But they flew coach!”

We laughed till we cried. M. especially, since he is the least pretentious man on the face of the earth. I guess what they say is true: when you assume, you make an ASS out of U and ME.

We’re still in route back and I’ll have more on Morocco in the coming days.