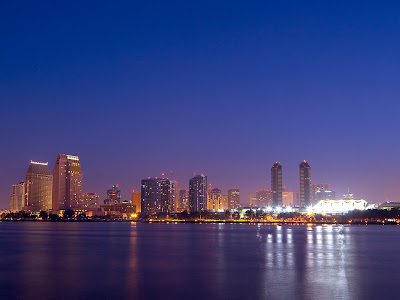 And it has a history. For example, Wallis Simpson once lived in Coronado (her husband was posted there as a Navy pilot) and they’ve moved her original small house to the beach. They say that King Edward, who abdicated for the woman he loved, actually met her at the Del Coronado Hotel, but I’ve done a lot of reading about Wallis and I’m not sure that’s true. Tempting to believe it, though, because Del Coronado is one of those grande dames of hotels.

Nonetheless, the San Diego area is rife with all sorts of history. It begs you to make some up, too. Look at this yacht, below. Can’t you just imagine F. Scott Fitzgerald and Zelda drinking champagne on deck? 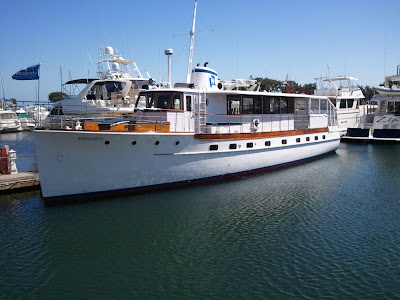 We walked right into an antique car show. 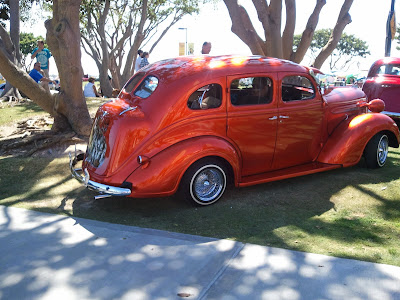 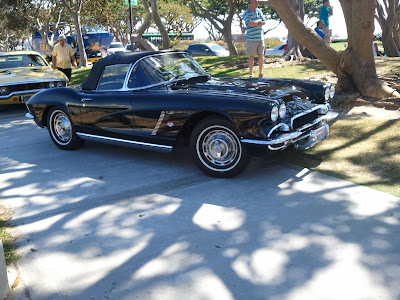 Downtown San Diego has been nicely developed and is quite the hot spot. Clubs, restaurants and some beautiful condos and lofts have revitalized the area very effectively. Down in the Gaslamp District, I saw this cool restaurant. Love the name and slogan. 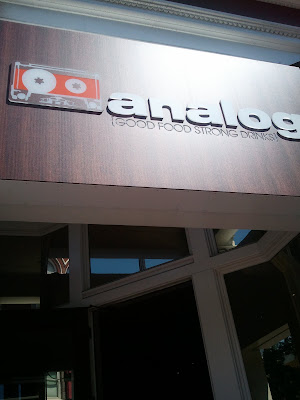 We ended up having brunch at Searsucker. We loved the menu and both decided to order boring. It was anything but. (Recommend.) Bennysadict and green eggs and ham were also considered. 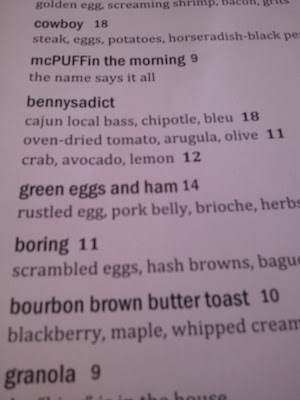 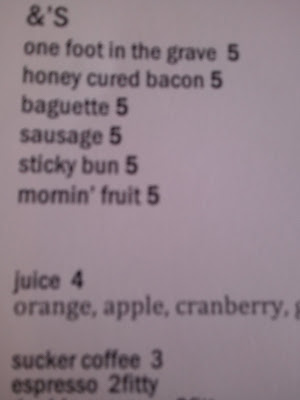 One foot in the grave sounded appealing, but M. had sucker coffee instead, which he pronounced “excellent” and I had the best cappucino I’ve ever tasted.

We bid farewell to San Diego in the morning, and we may never call Coronado home. But as that awful man who was once governor of California said, “I’ll be baaaack.”