We’re in another world, a world where cars share the road with men driving donkey carts.Where cities are walled and new exists smack up against old. I don’t even know where to begin, because I have way too many photos to post. This is just a taste, with more to come.

Before leaving Casablanca this morning we stopped to visit the Hassan II Grand Mosque, the third largest in the world. Its minaret is the tallest religious structure in the world and the whole thing is just beautiful. 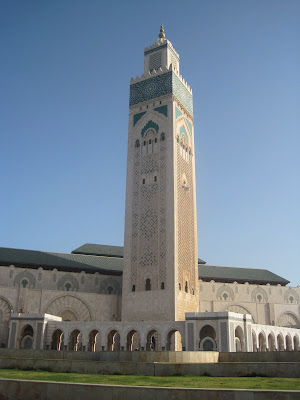 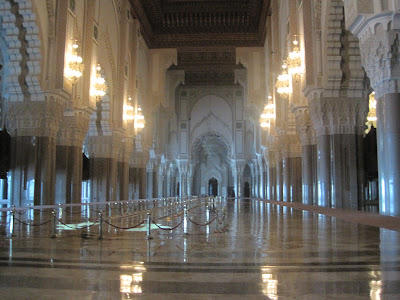 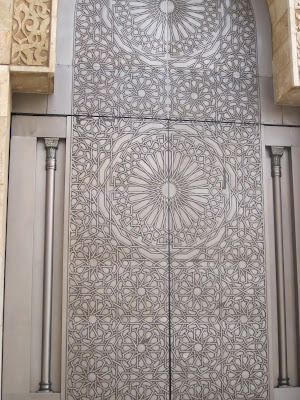 More than half of the mosque’s surface lies over the Atlantic Ocean, inspired by the Qur’an verse: the throne of God was built on the water. Part of the floor is glass–worshippers can knee directly over the sea. There’s a laser that shines toward Mecca at the top of minaret at night, so worshippers always know where to face to pray. 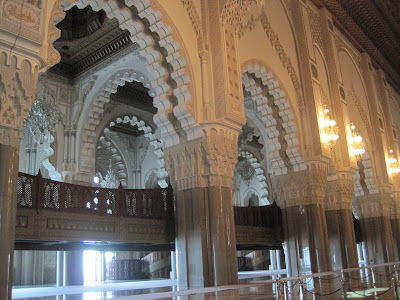 I’ve been to churches all over Europe, but this gorgeous place of worship was mighty impressive, certainly on a par with St. Peter’s Basilica in Rome.
Women pray upstairs in a separate area where they can not be seen: 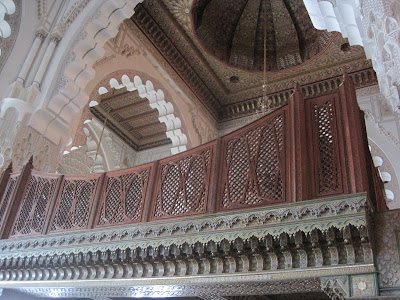 While women did not have to cover our heads, I felt it was respectful to do so. So I did. 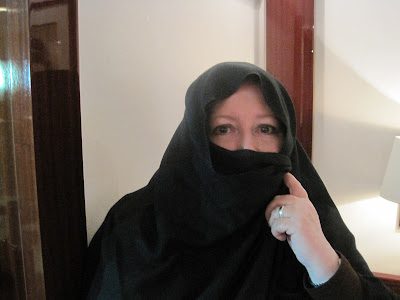 The king has a special aisle at this mosque: 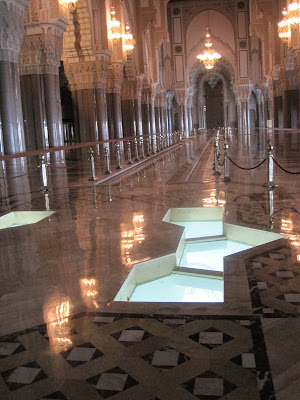 We’ve got to run to dinner at a Riad, maybe more later. I do have so many more photos & lots more to tell you about.