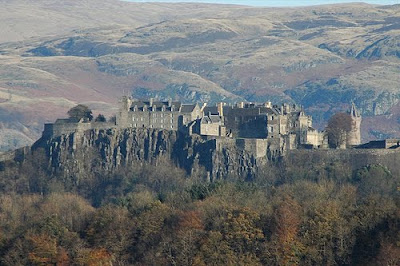 Well, that’s enough to scare the crap out of you, no? Foreboding.

Stirling Castle sits up on a volcanic rock. It’s got great views –a good thing, as it was one of the most important and strategic strongholds in medieval Scotland. The first fortifications here date back to the 11th century, but what’s there now was built between 1490 and 1600.

Yes, those are years. 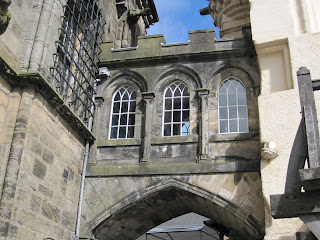 I mean, that’s the thing. America is such a young country and I’m always reminded of just how young when I look around Europe and see castles like this one. 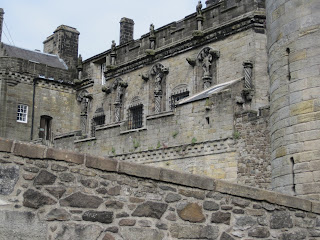 The Stewart monarchs hung out here and Mary Queen of Scots spent her childhood here. It’s easy to imagine the swish of long skirts, the rattle of swords, the smell of cooking meat. 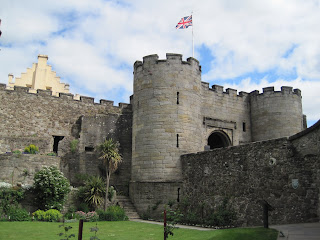 I love these medieval buildings and always think about the people who lived here and what it was like back then. 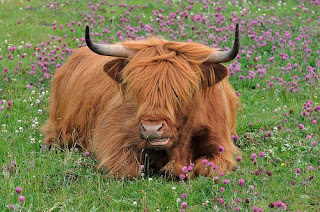 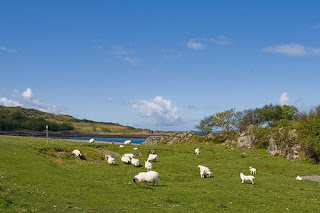 We then took a ride through the countryside which was littered with sheep and this crazy Highland cow called a “coo.” I thought Ireland had a lot of sheep, but Scotland’s got it beat. But then, I saw this very cool hairy cow. It’s got bangs to keep flies out of their eyes in summer and the snow out of their eyes in winter. All these beasties just lounge around, or stroll, or graze. I couldn’t help but think they wouldn’t be so casual if they knew what was coming. 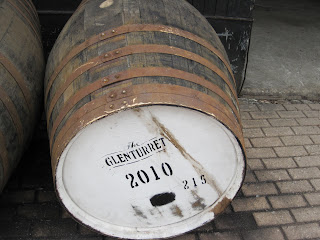 At the end of our ride was our reward: we were at Glenturret, where we toured the distillery and tasted single malt scotch whisky. In Scotland, no “e” in “whiskey.” 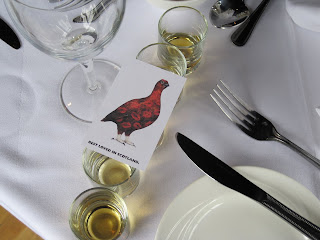 They were hearty pours. We tasted for notes of peat (smoke), vanilla, citrus and chocolate. Smooth as silk going down.

Oh, hell, what am I saying. It all burned like hell going down. I am never going to like spirits. Give me a nice white wine or certain alternative substances and I’m a happy girl.

M., however, was in his glory. 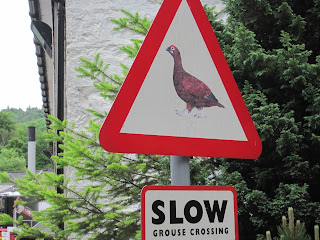 You may recognize this bird. Yes, it is Famous Grouse. 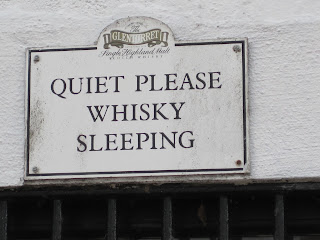 The tasting and lunch they served set us up nicely for the long ride back through Rob Roy country to our hotel. Most people slept, just like the whisky.