Chinatown exposed: all is not as it seems 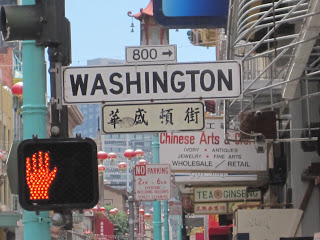 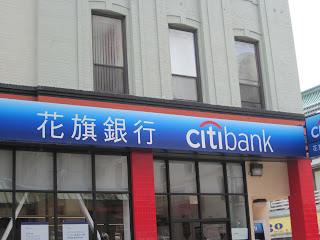 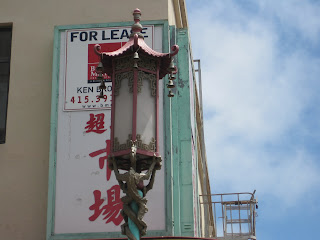 If you’ve been to San Francisco, you have probably seen some of Chinatown. I knew a few things about it, but had never been on an official “inside tour” until yesterday.

Here’s what I knew going in:

Like many immigrants (including my own Sicilian grandparents), the Chinese came over believing the streets were paved with gold. Here in California, the streets may not have been paved with gold, but the Gold Rush of 1849 was real. And then there was the railroad. 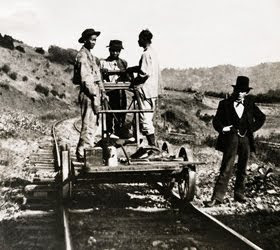 Chinese played a key role in the construction of the railroad, but were pushed out of the way by the whites in power. Yeah, like a lot of ethnic groups. For all our freedoms, America has an ugly heritage of exclusion. Hold that thought for a few days as it’s the subject of future posts.

Oh, I knew the Chinese make great food. Some of my favorite. (How DO they stay so slim with all that white rice? A mystery.)

So, I didn’t know much. Our tour guide gave us a behind-the-scenes look and I’m going to share some highlights here.

Let’s talk about the architecture. 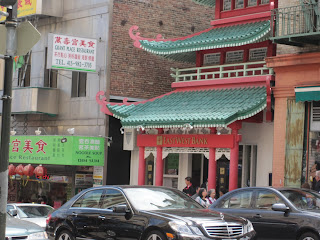 None of it is authentic. None. It was all constructed post 1906-earthquake as part of a negotiation with city government.

Chinatown was destroyed in the earthquake just before San Francisco officials were going to move it all to another part of town, the part we know now as China Basin. But the residents didn’t want to go. They wanted to stay where they were

After the quake, they reached a settlement that included creating a tourist area out of Chinatown. Pagodas were affixed to buildings of every style, just to attract tourists and that’s how it remained. So none of the architecture in Chinatown is authentic. None.

The gates to Chinatown are also not what they seem. 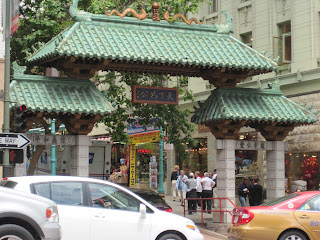 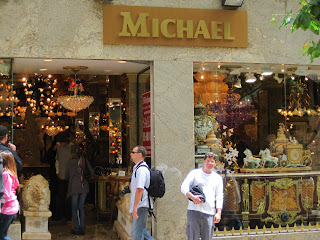 You can also tell by the architecture: the building styles don’t match the faux Chinese elements that are affixed. 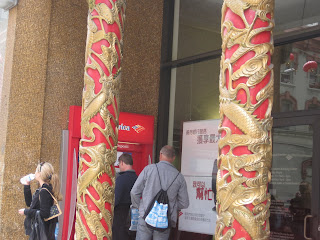 This is not a restaurant you’d find in China: 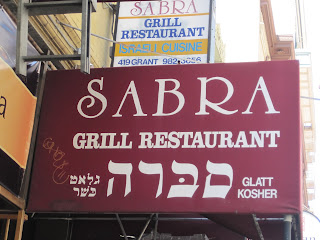 Like the stereotypical “inscrutable Chinese,” it’s commonly believed that Asian cultures don’t show us everything, that there are layers below the surface and that all is not as it seems.