Chinatown exposed: life in the alleys 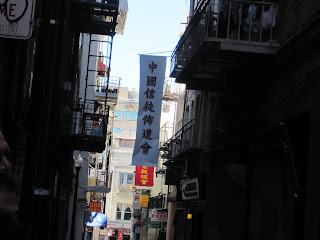 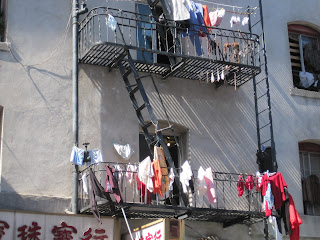 Chinatown is not the bustling hive of economic activity it seems to tourists. Our tour guide, Rick Evans, pointed out that the real Chinatown life is in the alleys off Grant St. Scratch the surface and you find poverty, with families living two or three to a small apartment.

The younger generations leave as soon as they can for better opportunities. And a better life.

The people who live there now are primarily the elderly, living on very low, fixed incomes. And also new arrivals who come to the U.S. via Chinatown and then leave for better opportunities. 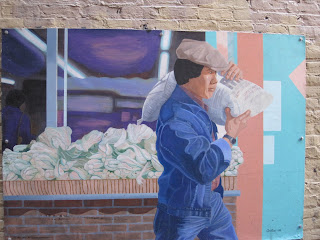 Look around the alleys and you’ll see a little of real Chinese life. The mirrors at the end of the alleys are an element of feng shui, Rick pointed out. This is the real thing, not the “fad” that bored, wealthy housewives began to pursue a decade ago.

In some alleys, murals depict the realities of Chinese life. 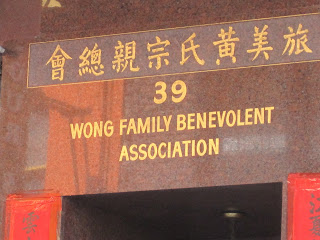 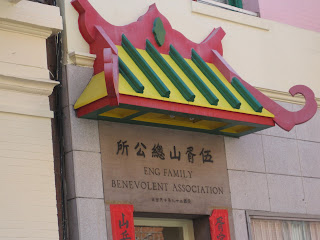 The tongs are another story altogether. They’re like the Chinese Mafia and were the center of drug, gambling and prostitution rackets. The FBI supposedly “cleaned them up” in the 1920s but the tongs are still part of Chinese life and probably still active in gang matters. I did a little research of my own, intrigued by what our tour guide told us and you might want to do the same.

The tong below is still apparently run by Chinese gangster Raymond “Shrimp Boy” Chow, who is Dragon Head (what they call the top guy). He says he’s a law-abiding guy, now. Apparently he is the only guy in Chinatown who walks around in a three-piece suit AND an ankle bracelet. And the bracelet’s not decorative. 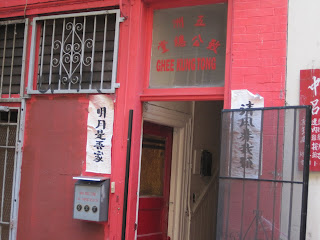 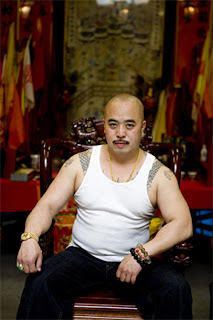 His tong played a key role in Chinese politics, too. Dr. Sun Yet See, the first president of the Republic of China, was hidden out in the Ghee Kung Tong above as he plotted the overthrow of the Qing dynasty. There’s a lot more to say about the tongs and if you are interested, it’s worth doing a little reading.

As a contrast to the darker side of Chinatown life, look up and notice the lovely painted balconies. 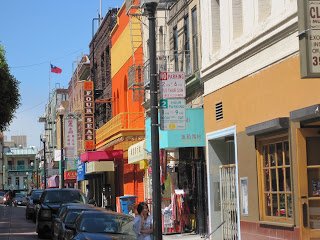 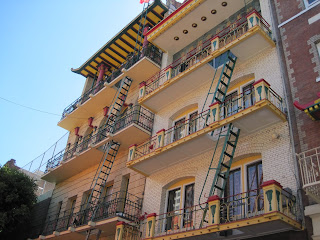 Look down and see the neat little maps in the sidewalk, part of sprucing up the area. 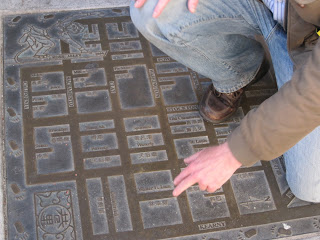 Flags of both Taiwan and the People’s Republic are flown and coexistence can create a bit of… tension. 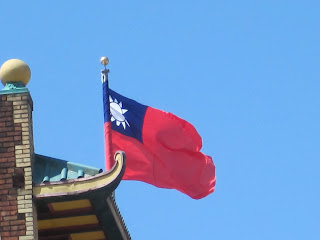 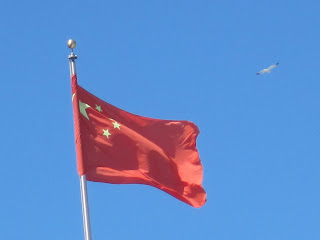 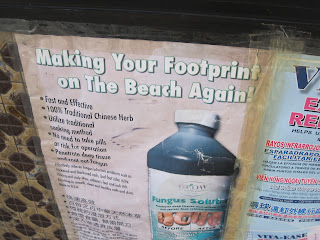 The one we visited had a licensed M.D. who still saw patients for $8 a visit. 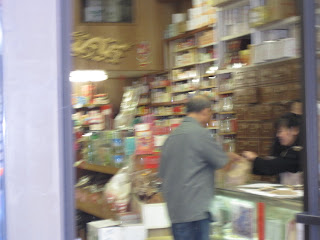 Walk in, have your consultation and the herbal pharmacist will mix up a batch of herbs, roots and other things for you to boil up and drink as tea. I did this years ago but the brew stunk up my kitchen so badly I couldn’t fathom ingesting it. 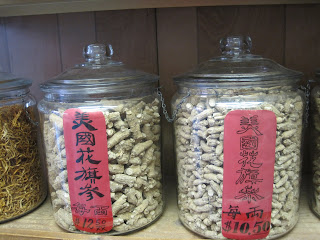 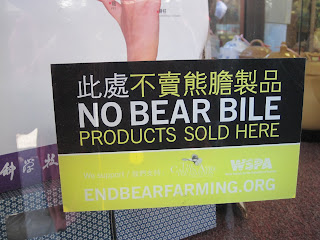 Tourists are not very welcome in some of the alleys. Behind makeshift curtains are thriving illegal gambling operations that authorities largely ignore for “cultural” reasons. Listen and you’ll hear the click of mah jong tiles, the music of the alley and one of the soundtracks to life here.

This evocative black and white photo of Spofford Alley is by San Francisco photographer, Leland Wong. 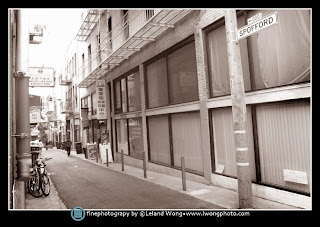 More coming, but I want to give a shout-out to our tour guide, Rick Evans, who’s the best guide we’ve had in any city in any country and that includes many in Europe. We recommend his Chinatown tour to everyone.