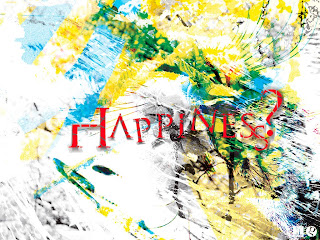 Happiness is a choice.

I’ve always been a happy girl. But I’m not different from anyone else. My glass hasn’t always been full up, but I’ve always looked at it as half full, rather than half empty.

Some stay bitter their whole lives Or depressed. And then use that as a reason to avoid engaging in life. Some become obsessed with their losses.

And others take the time to grieve and move on, embracing life and choosing happiness.

Sometimes grieving
takes time. It has to be taken. But eventually, we can move on if we want.

Here’s the thing. We can focus on all the things we don’t have and ignore what we do have. Focusing on the negative, the drama, the problems can certainly fill up time and crowd out the good.

Meanwhile, all the things we DO have are dancing in the background. “Hey!” they’re saying. “Pay attention to ME!

Like me, you probably know people
who have had a really tough time
but who seem to bounce back anyway,
smiling, going on with life
in a big way.
Those people are my heroes.

The relative weight of negatives and positives don’t matter as much as what we choose to spend our energy on. It’s true.

Look. Shit happens. Bad shit. We know it does. Taking time to grieve is important.
The question we might ask ourselves is are we wallowing so much in the bad stuff that we haven’t left any space for the good?

Because if we let it, happiness can sneak right up on us and take over.

And speaking of happiness, aren’t the puppies below adorable?