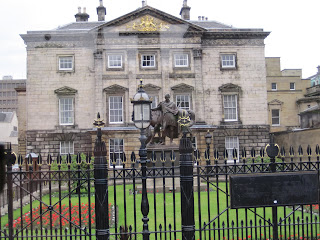 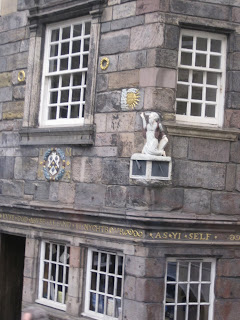 But dirty. Apparently the Edinburgh stone used to build is soft and porous, so cleaning damages it. That’s why all the old buildings look soot-stained. 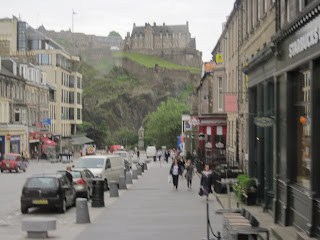 Way back when, Edinburgh was the dirtiest capital in the world. Every night, folks would dump their raw sewage out their windows to flow down the street. 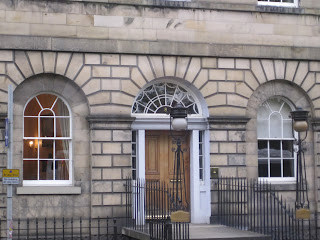 Below is history-filled Holyrood Palace, the Queen’s official residence when she comes to Scotland. 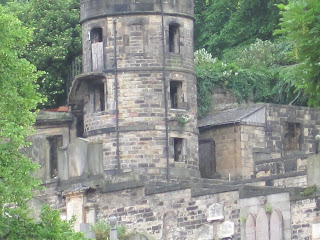 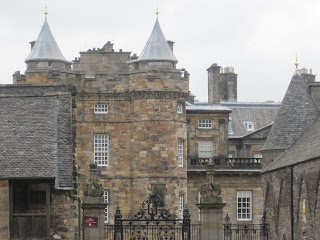 Pretty old and citified. (It’s not Balmoral, her vacation pad. ) We saw some old thrones, tapestries and all sorts of royal stuff. 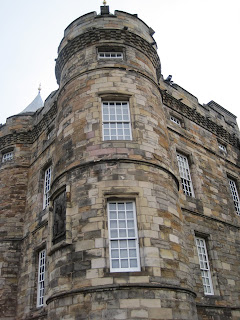 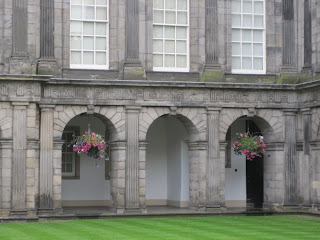 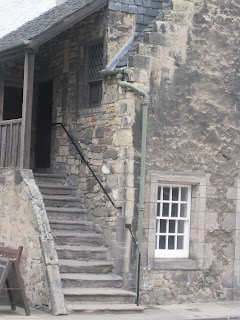 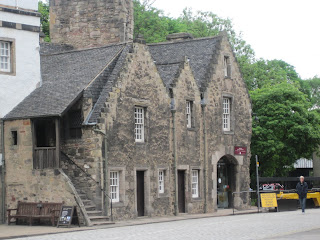 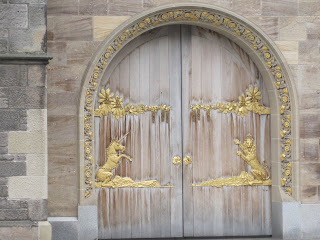 We then zipped over to Edinburgh Castle, below. A palace is a gracious place to live, while a castle is primarily a stronghold. And this is the best example of a stronghold we’ve seen, M. thinks. 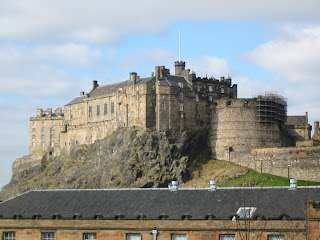 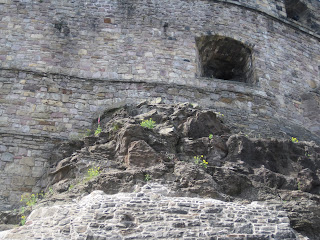 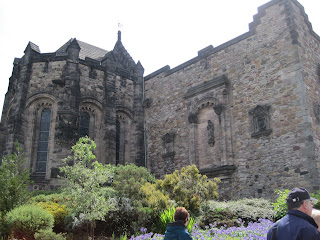 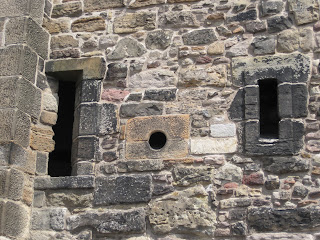 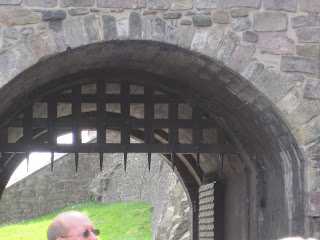 Castles, palaces–I’ve now seen my fill and if I never visit another, it’ll be too soon. (Unless I hit London in August, when Buckingham Palace is open, but have never been there in August.)

Edinburgh’s a city of arts, culture, education and history. It’s beautiful, in a historical way.

But as far as livability goes, we’ve got our eyes on Dublin. For sure.