Seems to me that most people who write are packrats, especially those of us who write memoir. Maybe it’s just an excuse, but unpacking is taking a little longer because I’m running across mementoes I didn’t even remember I had.

I found two diaries from my adolescence. I didn’t and still don’t record my thoughts as often as I now wish I had, but when I did, it was with the open, innocent heart of a teenage girl. How fun to flip through them and travel back to that time for a few minutes.

I also ran across some of the important markers of my life. Like this: 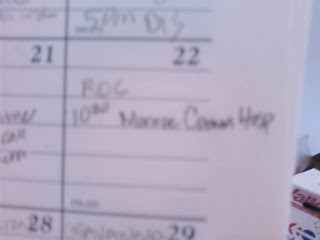 It’s a calendar entry from December 1999, the day of the appointment my father had with a neuropsychiatrist. When I made that entry, I had no inkling that my mother would die that morning. We went to the appointment anyway, and there, on that same day, my father was diagnosed with Alzheimers Disease.

Or this, a pad of my mother’s stationery. I don’t use it, but it has a promiment place in my office, along with a hat she wore every day. No one had a bigger impact on my life than my mother. 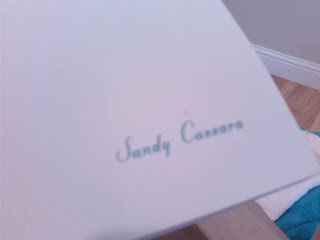 I write at my father’s battered old desk, where he made notes and taped them to a pull-out section above the left-hand drawers. He began and ended his medical practice there. I often wonder what secret hopes and dreams he had as he sat, his back to Culver Road and his face to an unknown future.

I have kept very few photographs from the past, partly by accident; so many moves, so much left behind. But I ran across some photographs from my senior year in high school and my first year at Syracuse University. About the time I met M.

If only I could have seen myself then as I now see that 18-year old in the photograph.

What a wonderful time of life that was, full of promise yet to unfold.

Professional organizers would have suggested I discard many of the things I’m running across. A 10-year old calendar? Of what use is it?

Although my boxes of “stuff” frustrate me, as I look at my small pile of mementoes and think about what they represent, I only wish I’d saved more.

2 comments on “Clutter? or treasures?”