I am pretty progressive, politically, but I haven’t yet figured out how to draw blood from a stone.

Or, as they say in the south, squeeze it from a turnip. (Yeah, that’s a turnip at left.)

Here’s what I also know: there isn’t enough public money to fund all our needs.

I’m not sure that people want to know this. But it doesn’t make it any less true. We have to start there. If we’re realistic.

Oh, and guess what? Public funds are contributed by…us. There IS no great external money source for federal, state and local programs. We are it. We fund programs. We fund public workers and their benefits. Including their retirement programs. We = the taxpayers. Most all of us. Except the real rich and the real poor.

So, how do we use the money we have? That’s the hard part.

We’re faced with many Sophie’s choices. Do we fund teachers or law enforcement? Libraries or teachers? Mass transit or firefighters? Social workers or public art? Unemployment or breakfasts for disadvantaged kids?

I know this, too: Government is hugely inefficient. Waste is systemic and it’s not going to change overnight or even in 10 years. Maybe not in 20.

It’s entrenched in our system. Think pork, as one small example. Government needs a major overhaul, and while we can start now, we can’t get there for a very long time. Maybe a generation. And that’s if we start now.

I hate to say this, I really do, but: without competition and profit, there’s no measure of correction. No reason for government to be efficient.

What about privatizing? Government’s made a few tentative steps into privatizing; prisons come to mind. There are pros and cons, costs and benefits. There hasn’t been a serious, large-scale discussion. And privatizing may not be the answer.

I’d like to think that government can be well-run. For its own sake, not for profit or because of competition. I just don’t see many examples of that.

And now, protests by public workers. 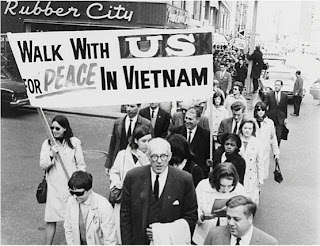 I come from the generation of protest. I marched against the Vietnam War and for ratification of the Equal Rights Amendment.

I think protest is healthy. A good thing.

But I just don’t see how protests by government workers will change anything. At all.

I appreciate that public workers don’t want their benefits cut. I didn’t like seeing my own retirement reduced as the stock market pushed my 401K funds lower and lower.

I’d like to paint a sign and protest THAT. But where? Wall Street? The headquarters of all the companies I’ve invested in? What would it accomplish?

I didn’t like having to pay significantly more for my share of the not-so-great health insurance provided by my employer. But I didn’t march on my employer.

I didn’t like seeing my colleagues laid off. Reductions in force, downsizing, all the euphemisms that translated into people out of work. I didn’t like that at all. 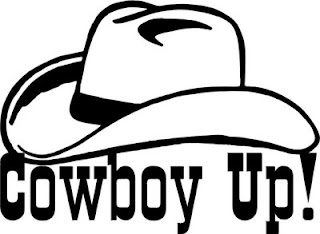 I think not. Everyone needs to share this burden. The sense of entitlement I hear from public workers is at odds with the reality of our country’s situation.

And yes, I am absolutely a progressive.

So, cowboy up, public workers. All the protests in the world won’t change reality. You have to share this burden. We just can’t fund your entitlements by ourselves. Not any more.

Oh, and the rest of us? Be prepared for higher taxes.

A civilized society provides services for its people. We are not a third world country; not yet, anyway. We need law enforcement. We need to help children. We have to have some semblance of a library system. Our teachers are critical. Some things are just basic to civilized societies. And services must be paid for.

Nobody wants higher taxes. Democrats don’t want more taxation because they say the people can’t afford to pay it. Republicans make no bones about the fact that they just don’t want to pay, period.

But you know what?

Higher taxes are coming if we are to preserve important services. And public employee entitlement is going. That’s just the way it has to be if we’re going to survive this economic climate.

News flash: Reality bites. And everyone’s got to cowboy up. Even public workers.