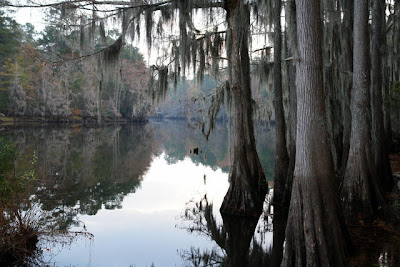 We hit the road at 6:15 a.m. The Sunday predawn traffic was minimal.

Riley settled into his crate, cuddled up to his blanket and slept. Not a single peep the whole trip. What a little trooper!

At his first potty stop, we followed the rest area’s signs to the dog area. When we got there, we saw two signs.

What were they thinking? We were very careful.

A little-known fact about Riley is that he “goes potty” on command. This little trick has come in handy in airport bathrooms and other places, where I can just put a potty pad down and give the command. (I’ll spare you the photo.)

That is not to say that he doesn’t need industrial-strength training for everything else. I have already emailed several trainers in the Bay area. Including one called something like Doggie Rehab.

I suppose it’s me that needs the training. But that’s a subject for another day.

It began to sprinkle around Tallahassee, the city in which we began our married life. We had a nice reminisce about our first sight of Tallahassee more than 38 years ago. We were kids, really, and I didn’t know much. M. had convinced me that if we got a ticket on the road, we could be put in a chain gang. And I believed him. 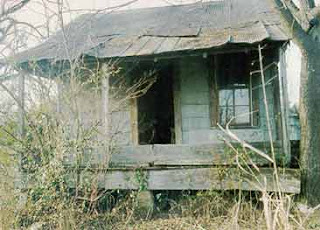 I’ll never forget the poor, Tobacco Road type shanties I saw on that drive south. And how we arrived in Tallahassee, a Rebel bastion, with our NY state license tags. As M. pointed out, it was a different world and we didn’t know the language.

It rained like hell as we hit Mississippi, a real squall, and we almost pulled over. But we kept going and got to dryer weather in about 45 minutes.

We had planned to stop in Biloxi, but we made great time: it was still mid-afternoon. So we made it a 12-hour day and pushed through to Lafayette, Louisiana.

Tomorrow: Texas. At least the first part of it. Which means long and boring. Which describes what it’s been so far, as well.

The highlight of our trip so far was the rodeo performers whose truck read, “If it can’t kill you, it ain’t a sport.”

We’re not quite 1/3 of the way. If we continue on this pace we could very well get to California a day early. Yikes!

As for Riley? Lulled by the motion of the car and secure in his travel crate, he slept all day. He started a little bit of a whine at a little over 11 hours. He was ready to stretch his cute little legs and potty. And for dinner.

M’s watching football. And Riley and I are lounging.

This trip is nowhere near as interesting as the last one you may remember. It’s barely worth writing about.

But that’s ok with me.