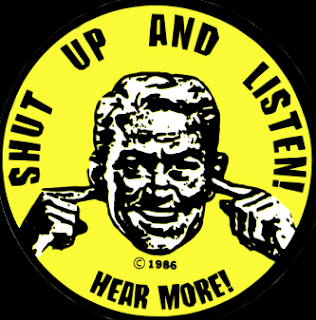 Yesterday I fomented what became a contentious debate on Facebook. A reporter posted a boast about his paper’s publication of all mugshots, now available on a website they put up. Mugshots of people who have been arrested but not convicted. There was a lot of crap posted about public records laws, tazpayer right-to-know and other self-serving justifications.

In pointing out that this was “not news” to me, and inferring that i believed it to be trivial, a discussion ensued. It included reporters disparaging other posters in somewhat insulting ways. I watched with great interest as people who disagreed with reporters were called names. I resisted posting. But enjoyed the fact that I sorta started the VERY revealing brawl.

It’s interesting that reporters were the least tolerant of others’ opinions and seemed to find debate hard to handle. Apparently, they don’t believe reasonable people can disagree.

As I observed in the last decade of my work in media relations, many reporters are flush with arrogance and misread the public’s wants and needs. They have increasingly catered to the lowest common denominator. There’s not much left to respect in journalism. I hate to say it, but they are so out of touch that it’s no wonder newspapers are failing, and really, they deserve it.

I am THRILLED not to have to deal with reporters in their jobs, but instead to enjoy my reporter friends for who they are outside of journalism. And yes, I can make that distinction.

So let me point out an example of what I believe to be REAL journalism. Here it is, and I’ll write more about it later. 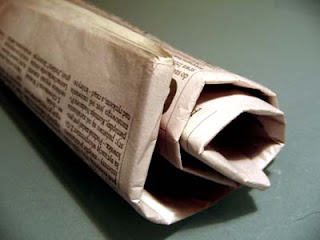 The medical workers, thought to be doctors and psychologists, monitored prisoners while they were mistreated at CIA prisons and advised interrogators whether to continue, adjust or halt the abuse, the ICRC said in a report based on interviews with 14 prisoners in 2007.

One prisoner alleged that medical personnel monitored his blood oxygen levels while he was subjected to waterboarding, a simulated drowning designed to induce panic and widely considered to be torture, the ICRC said.

Other prisoners said that as they stood shackled with their arms chained above their heads, a doctor regularly measured the swelling in their legs and signaled when they should be allowed to sit down.

The ICRC said their claims had credence because they gave similar accounts of their treatment, including the actions of medical monitors whose names they never learned.

The ICRC monitors compliance with the Geneva Conventions governing the treatment of war captives and keeps its reports secret, sharing them only with the detaining government.

The report, written in 2007, was posted on the New York Review of Books website on Monday night by journalist Mark Danner, who has not said publicly how he obtained it.

He first published excerpts last month, including a portion in which the ICRC concluded the al Qaeda captives’ treatment in the CIA prisons “constituted torture” and violated international law.

The report alleges collars were placed around some prisoners’ necks and used to slam their heads against the walls, and that they were forced to stand with their arms shackled above them for two or three days and left to urinate or defecate on themselves.

The prisoners told the ICRC they were beaten and kicked, left naked for long periods, subjected to sleep deprivation, loud music, cold temperatures, rape threats and forced shaving. Some said they were denied solid food unless they cooperated with interrogators and one said he was confined in a crouching position in a box too short to stand in.

A previously undisclosed portion of the report concluded that medical workers who monitored or took part in the interrogations had violated their ethical duty to do no harm, preserve dignity and act in patients’ best interest.

cipation of health personnel in such a process is contrary to international standards of medical ethics,” the ICRC concluded.

The “high-value” captives quoted in the report are still at the Guantanamo prison, which President Barack Obama has ordered shut down by January 2010, and debate continues over what should be done with them.

A military judge released a statement last month in which some of them bragged that they were “terrorists to the bone”.

Bush administration officials have said the “enhanced interrogation” of those prisoners produced information that helped thwart attacks but have never provided specifics.