Do birds sing the song of their ancestors?

I’m home, but will continue to share the sights and sounds of Morocco for a while. 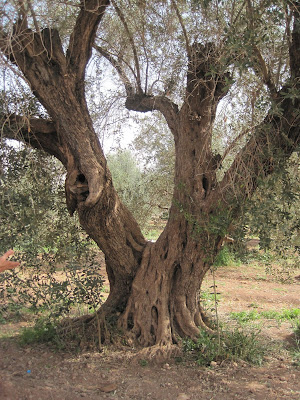 Behind the cool walls of a shady, 12th century Moroccan garden stand lemon trees, bougainvillea and ancient olive trees, branches lush with oranges and blue, white and yellow wildflowers. The gnarled trunk of this olive tree tells experts it’s from 12th century, although this place, the green gardens of the Pavilion of Menara in Marrakech, dates only from the 16th century. {Only…I love that word…coming from such a young country, it’s hard to grasp how very old “ancient” is….} 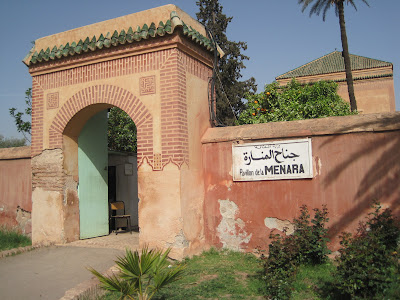 This is the entrance to the pavilion and gardens. We arrived by horse and buggy before 10 a.m. and before tourists. A peaceful place. Birds swooped and soared, their melodious song straight out of a novel set in ancient Persia. Were they singing the same songs their ancestors did? Or has their melody changed over the centuries? We’ll never know.
Bird song is one of the best sensory memories I’ve brought home. This video was taken at the Yves San Laurent Gardens in Marrakesh just to give you a bit of an idea of how light and harmonious they sound as they trill and sing:
video
At an ancient tomb, below, I heard the distinct cooing of doves, and then saw these birds in the wall’s niches. I don’t know my birds, but I like to think they’re the doves we heard. They’re probably pigeons.
By the way, we were told these niches were originally for ancient scaffolding, but were left open and have now become a characteristic of historical Moroccan architecture. And now, homes for birds. Here’s a video and some stills:
video 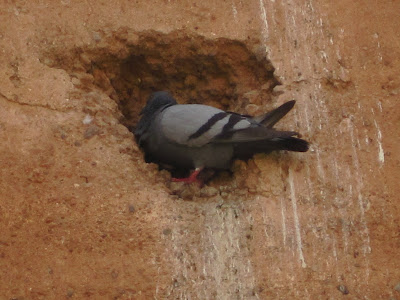 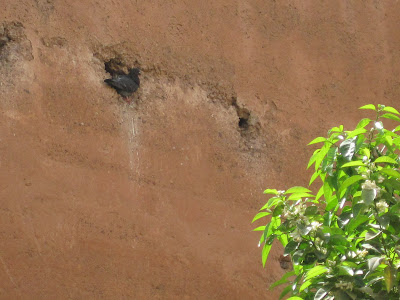 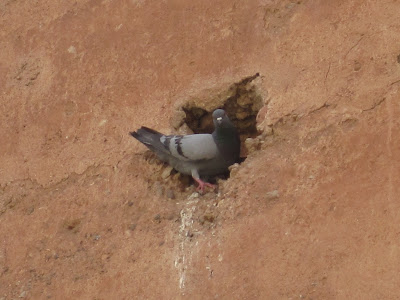