"Do this in memory of me"

I was surprised to learn that the term “new age” holds horror for traditional Christians. Visions of mystics and the occult. This seems to me another one of those ways that manipulative right-wing ministers misinterpret things so as to control their flocks. 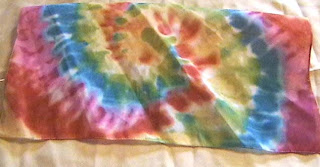 In reality, the concept of new age simply refers to a broad spiritual movement that reflects a desire today to connect with the Divine, with God. It’s a belief that mankind is on the brink of a new age of spiritual reawakening. New age music connects us with spirituality. Its symbols and amulets represent the Divine.

It isn’t at odds with Christianity or any religious tradition.

It doesn’t own the concept of the occult or of the cross. It’s neutral to those things.

There is a bigger issue here, and that’s the insistence of proselytizing religions that they own the “one right way.” That anything different from the way they practice religion is a threat.

I just can’t buy it. For one, this nation was founded on principles of religious freedom. Something that we conveniently forget as we insist on the Judeo-Christian way and practice religious intolerance.

Why is it that once we’ve got ours, we want to keep others from having theirs? I see it all the time in Florida: snowbirds who move here and, now that they’re here, want to limit growth. So no one else can come.

So here’s the thing: the issue for me isn’t whether or not there is one God, because of course, there can only be one Creator and He is the same for all of us.

How we practice it evolved from our culture. It’s about our cultural tradition. Nothing more, nothing less.

Where fundamentalist Christians go wrong, in my view, is when they insist that everyone must worship the same way. 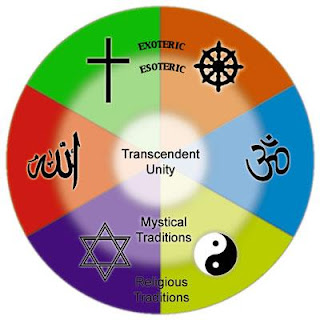 I just don’t believe that. We worship the same God. The how doesn’t matter. I think it’s enough for people to believe in God. Whether they go to Holy Communion, get “saved”, speak in tongues or sit cross-legged in front of an altar is immaterial. Whether they read the Talmud or the Bible, or take time for prayer on the toilet each morning, as someone I know does. Doesn’t matter.
It’s the connection with the Divine that matters.

I like to go to Roman Catholic Mass and sing traditional hymns. I also like to attend evangelistic Christian churches and sing contemporary Christian music. In some pictures Jesus had long blond hair, in others he looks Sephardic. We each have our own cultural concept of God and we connect with it regardless of our religious tradition. How can that be wrong?

It’s easy to laugh at the Mormon belief that the angel Moroni delivered golden tablets to Joseph Smith in the 1800s. And yet, I know many smart scientists who believe. And while the details of each belief structure differ, and some do seem kind of kooky, if the result of connecting with the Divine–in any way– is some version of the 10 Commandments, why does it matter what we call it? Or how we practice it? Why this insistence on only one way?

Jesus was a Jew. A teacher. A rabbi. Since I believe we are all children of God, I don’t know what being “the Son of God” means. Perhaps we humans can’t possibly conceive of it.

But for sure Jesus was martyred for his beliefs, beliefs that people adhere to even today. The most stunning moment at Catholic Mass, for me, is during transubstantiation, when the priest says some version of the following:

It is more than 2000 years later and we are still doing this in memory of him. So whether Jesus was God, the One Way, a wise man, a teacher…those details don’t matter to me. I just know that the things he stood for are worthy goals. Things we should all strive for today. Still.

One comment on “"Do this in memory of me"”