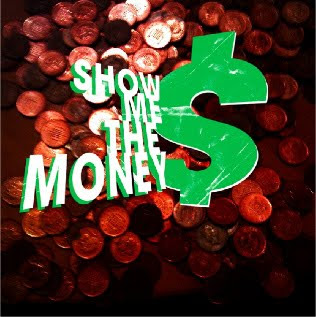 The California legislature has just decided to pay Jaycee Dugard and her daughters $20 million from the state’s general fund. That’s because parole supervision of her convicted kidnapper and rapist failed in a big way. The payout is being made to avoid a lawsuit against the state.

The short version of this nightmarish story is that Ms. Dugard was kidnapped in 1991 when she was only 11 years old and repeatedly raped by Phillip Garrido. He held her in sexual bondage hidden away in tent-like structures in his backyard. She eventually gave birth to two of his daughters and the three lived in terrible squalor until last year. Clues were ignored repeatedly by workers from the Dept. of Corrections. That was 1991 to 2009.

Here are the facts:

Well, look. I am aghast at what happened to this young woman. It is terrible. That isn’t even strong enough. Disgusting. Awful.

But do we owe her and her lawyers $20 million for California’s incompetence?

What will this do, exactly? Will it fix the system? Will it ensure this same thing won’ t happen again? Will it heal her and her kids?

No. It won’t. Nothing will be different. Except that she will be rich.

And then, where will this money come from? Our state budget is in terrible shape. We can’t fund the state’s education needs, social services, law enforcement–anything. We are on the verge of bankruptcy.

So where will our $20M come from? And what won’t get funded because a lawyer needs a new Bentley? Or because we need to make up for our state’s incompetence by handing victims a fat bank account? Did the state negotiate that, given the amount of this settlement, any proceeds from a book or movie deal would come back to it? No.

I know it’s shocking to suggest that the victims of such a repellent crime and incredible incompetence shouldn’t be compensated with cash. Politically incorrect. 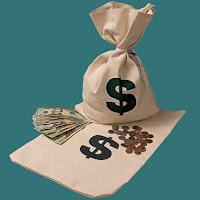 But when bad things happen, why is the first answer to write a fat check? Why isn’t anyone calling for a systemic fix? Wouldn’t that be what a victim would want? To make sure this didn’t happen to anyone else?

Why isn’t anyone making suggestions for program changes, different procedures, and better qualified workers? If money is the answer, why aren’t we paying for her therapy? Giving her and her kids an education?

What do we owe a victim, really? Don’t we owe him or her –and the rest of us– the assurance this won’t happen again? Isn’t that enough? What does money have to do with it?

Why isn’t anyone asking these questions?

What is being done to ensure this doesn’t happen again? Probably nothing.

How many examples of this pay-off mentality have we seen lately?

Tiger Woods is an idiot, dumb as a stone. He had a financial bulls-eye painted all over him. That he didn’t act accordingly –more prudently — proves his stupidity.

But even so: the women who had sex with him knew his marital status. And his net worth. It was blackmail. He shouldn’t have paid them a dime.

He may have been stupid, but what he did wasn’t illegal, it was unethical, and so was the gold rush that followed. His wife and mother of his children deserves what she’s entitled to in the divorce. But what did these women do besides lie down on the bed?

They got their blackmail payoff. That’s what they did.

Who knows what Al Gore did but the fact is the masseuse’s charge was not publicized for three years and then all of a sudden, there Gore was in the media, portrayed as a “crazed sex poodle.” And there was the masseuse, asking the National Enquirer for $1 million. Coincidence? Ha.

Look, I’m sure Gore’s an idiot, too. He’s lived in a rarefied, entitled world practically his entire life. But who among us believes that this charge against him isn’t primarily about the money? the book deal, the movie?

Reparation monies do nothing but enrich the victim. They don’t solve the problem. Is anyone asking if this is the best solution?

I’m worried that this craziness won’t stop until we have destroyed ourselves and our economy.

We’re well on our way.

(So sayeth The Realist.)