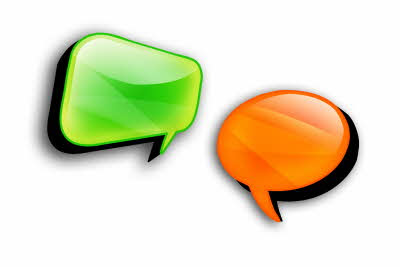 Astronauts were heroes to those of us growing up during the Baby Boom, and no one more so than astronaut and Sen. John Glenn, the first to orbit the globe.  I had no idea that his wife, Annie, suffered from a severe stutter all her life. Given how much her husband was in the public eye as both an astronaut and a U.S. senator, I can’t even imagine how having a challenge with speech must have felt.

Can you imagine how it would be for someone in the public eye today to suffer from a speech disorder? How apprehensive that person would be to do an interview? What tabloids might have written if he or she didn’t?
Sen. John Glenn’s an American hero, but Annie Glenn? Just as much so, in my book. Because Annie, at age 50, got help for her stutter—and conquered it, with the help of a professional speech pathologist. It’s never too late.
HERE’s a 30-second video of John and Annie talking about the subject. You’d never know she once stuttered badly.
a
MILLION
things
I’d like
to SAY
if I could

As you know from a previous post, I’m no stranger to communication disorders. I temporarily lost my hearing a couple of years ago and only got it back with the help of an otologist and audiologist.
But it’s not just me. I look around me and see more and more friends beginning to demonstrate communication challenges of all kinds: speech, hearing and even challenges with swallowing.  And I’ll bet you’d see the same thing.
♥  I remember my mother working with an audiologist to regain her ability to swallow after a long stint on a ventilator. And another elderly friend who regained some of her speech, lost in a stroke, by getting immediate help.
❖  My former stepdaughter suffered a severe head injury after being hit by a drunk driver. She was both hearing- and speech-impaired afterwards, but working with speech-language therapists helped her regain her ability to talk.
★  A few years ago, a friend in his mid-60s had the flu. When he recovered, hearing in one ear was gone. Testing showed it was irreversible. Who knew that could happen? But he got help right away – help that included an electronic hearing aid that’s nearly invisible. He never said a word about it—just got help and went on with his very busy career and life.
❁  In recent years, one of my close friends lost nearly all of her hearing in one ear and, at age 60, has recently been fitted with a high-tech hearing aid that she says is a Godsend. She’s a senior executive in a large organization, and said the other day, “I need to be able to hear at my job!”
We all need to be able to speak and hear.
Like Annie Glenn, and her husband, Sen. John Glenn, my friends and I know, firsthand, that it’s never too late to get help.  (It’s no wonder Annie has an award named after her. The Annie Award is presented to those providing an inspiring model for those with communicative disorders.)

Don’t wait: get help now. If you or someone you love is suffering from a communicative disorder, HERE’S how they can get tested and find help now.
And for more information and resources, HERE’S a great link to the American Speech Hearing Association’s website.
**I wrote this blog post on behalf of ASHA.org as part of a campaign with BOOMBox Network and received payment for it. All opinions are my own. They’re personal and I’m passionate about them.