Dreaming things that never were 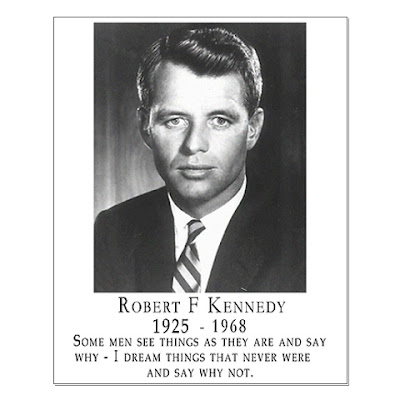 The film was remarkable. An incredible ensemble cast included Anthony Hopkins, Lawrence Fishburne, Harry Belafonte, Emilio Estevez (who wrote the movie), Charlie Sheen, Demi Moore and too many other notables to mention.

Estevez used archival footage of Bobby Kennedy within the movie, and that choice made the movie. 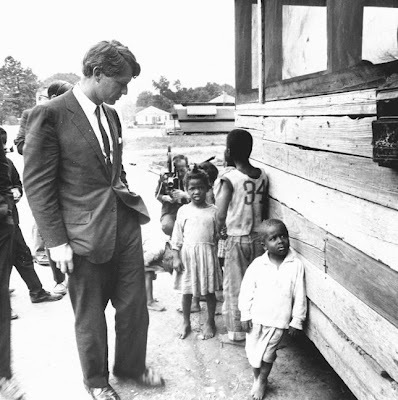 Bobby Kennedy died before he made much of an impact on my young life. But listening to him now, talking about people in need as he toured poverty-stricken Appalachia, was a powerful experience.

It reminded me of how little today’s sanitized and media-prepped politicians really have to say. It reminded me that there was a day when politicians stood for something beyond the quest for power. When they actually had something meaningful to say.

And, as M. pointed out, the time to say it. Before sound bites and positioning. Before the media pointed out all their personal peccadillos.

Bobby couldn’t have been elected today. The media would’ve been all over his womanizing. And of course, we also know that he could be a real son-of-a-bitch. That his dad, Joe, was ethically challenged. RFK was far from perfect.

But watching that old footage, we saw the man’s heart. And we couldn’t help but wonder what the country would’ve been like had he been elected.

It’s hard to explain to young people today what it was like to live through a time of such huge social upheaval. A time when our leaders were being killed. When elected officials set vicious dogs after people who only wanted to claim the equality they were due as human beings. When white-hooded men hung others for the crime of being different. When “duck and cover” was part of every schoolkid’s routine.

Sure, they can read the history books. But it doesn’t tell the whole story.

We talked for a while after the movie. “What happened?” M. asked, as we talked about the promise of those days.

Then, we dried our tears and went to sleep, dreaming about the better world we’d hoped for. 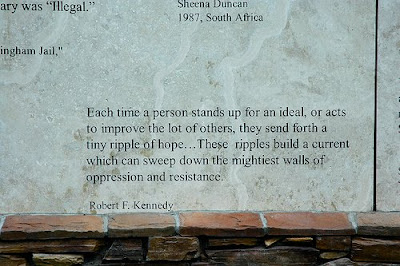