Dreams u never knew u had 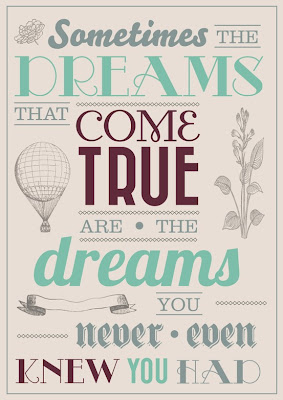 Ok, so listen up.

I’m just a regular girl, nothing more special or unique than any of us. Yes, yes, we are all unique snowflakes, blah blah blah, but really, I’m just like everyone else, going along minding my own business, living my life.

Sure, I’m a believer in creating my own life, I believe that we position ourselves for the good things that happen, but I’m usually thinking about those good things as I move myself into position. It’s intentional. Things just don’t happen out of the blue, not to me.

So there I was, sitting there, minding my own business, living my life, when BOOM! out of the blue, my ex-husband turned up after a 27-year absence, wanting to remarry.

We were kids together, really, so young, back in the day. I was 18, he was 21, at college and we married so damn young we weren’t even formed people. He went to law school, I went to grad school and shit happened and then we were divorced.

Well, ok then. Divorce. Life goes on, doesn’t it?

I went through all the crappy heartbreak, just like everyone else, and rebound-married and remarried and fell in love and didn’t fall in love–just regular life, Diva-style.  And he remarried and practiced law and life went on for us both.

It was hard work, this making a life for myself, I won’t lie. It was hard work. But I never shied away from it, because it was also an adventure, something I’d rejected when my post-separation therapist suggested it all those years ago.

But he was right, that therapist. And anyway, what choice did I have? No one was going to make my life for me. I had to do it. So I did.

My rebound husband told me that one day my ex would be just another person to me, and in fact that happened, although it took many years. And when it did I called my ex up and got myself closure and after that, we stayed in touch, not that often, just from time to time, referring business, catching up, voicing condolences.  He went from “least favorite ex-husband” to “my first ex with whom I’m still in touch” and that seemed a good place to keep him.

And then one morning, almost three decades later, there he was, older, but all blue-eyed and ready to give it another go.

Yeah, I know. Oh, I can tell you what he said and what I felt and all that stuff, and I suppose I will if I ever finish the memoir I’m stuck on.

☏  But there were long conversations and no, I wasn’t that easy a sell but he was a really, really good salesman and so persistent. So I dug all that love I’d once felt out of the love cemetery where I’d buried it and the next thing I knew it was our 37th wedding anniversary and also our first,  and then we were living in the San Francisco Bay area, for me a return but for him, a first.

I had no earthly idea that his idea of a relationship was to make my dreams come true, all of them, even the ones I didn’t know I had, but that, in fact, is what he’s about and I have to tell you no one is more amazed than I am.

After our divorce I didn’t feel romantic love for a very long time, decades even, and then it was fraught, so fraught, and when your partner isn’t much of a partner, as that one would admit today, well, what’s a girl to do but move on? Some work takes too much from you and gives too little back, and even though we’d like to think love conquers all, it doesn’t, trust me on that.

☀  But then, I had no idea love could be like a boomeranging orb of blazing light and appear in the sky out of nowhere like a meteor, and also that it could be so much about giving to ME, when I had usually been the one doing the giving.

I remember suggesting a trip to Morocco to my husband before this one and he couldn’t see it, but M. not only saw it, he made it happen and made it the trip of a lifetime.

But most important, my fabulous husband has made our life the life of a lifetime, a life anyone would aspire to. A life I never even paused to dream of.

Looking around, it strikes me that he’s made dreams I never knew I had come true. And so, even though fairy tales are mostly just that, sometimes they aren’t.

And that’s the most amazing thing of all. ♥

6 comments on “Dreams u never knew u had”