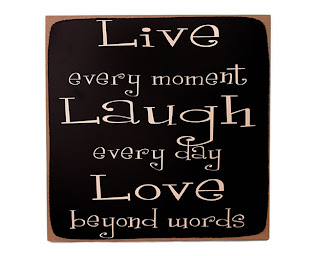 There is a tense, dramatic quality, a shameless directness, about the Italians, which is refreshing to foreigners accustomed to Nordic self-control, to feigned or real frigidity.
– Italian journalist Luigi Barzini

But it can also put people off.

If you live life with gusto, if you live it the “Holy shit, what a ride!” way, you’re going to have peaks and valleys. Times of great, exhuberant, shout-out-loud joy. And times of sadness, of grief and frustration.

I had a Latina friend who, despite her cultural heritage, was a flatliner. She did everything she could to avoid peaks and valleys, and mine made her uncomfortable.

I like that I’ve retained the ability to get completely excited over something. That somehow, despite everything that’s happened in my life, I never got jaded or depressed. At the same time, if things don’t go my way, I don’t hesitate to grieve out loud. The passion knife cuts both ways, and I am perfectly ok with that.

The author of a book I’m reading called Living La Dolce Vita maintains that Italians’ centuries-long history of starvation, war, plague, domination and natural disaster has created a resilient people. People who learned how not only to survive, but how to “sing, paint, make love and pray as if each day was a personal gift.”

That sounds about right to me. Embracing life is a big part of the culture I come from. My parents didn’t do that much embracing of anything –maybe because they were Depression-era kids and always worried about survival. But I certainly seem to have inherited the Sicilian gene for life enthusiasm.

Today, when there’s so much negative news, when many people have suffered terrible economic setbacks, when they’re being forced to get back to basics, we might well look toward the Italian culture for instruction on living a simple, but sweet life.