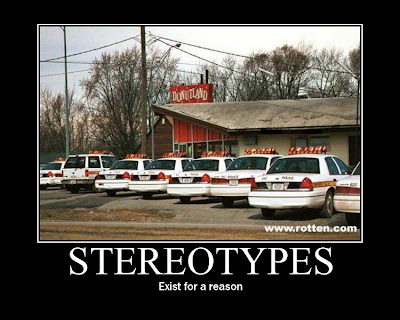 As kids in upstate New York, we didn’t encounter the breadth of ethnicities we do in our everyday life today. For example, I didn’t go to school with black kids until three moved to our town when I was in high school. I can’t remember when I first saw an Asian of any kind, except in a Chinese restaurant.

Our town was mostly Jewish and Italian.

We knew the ethnic slurs for our own kind, such as guinea, wop, dago, greaser. And we knew that Jews were called kikes. My father, raised when there were signs that said “Job available, no Italians need apply,” once came to blows with someone who called him a dago.

But my husband’s college fraternity brothers called him wop as a term of endearment.

None of these slurs really resonated with me. They weren’t used in our home. I really never heard them said out loud. But then, why would I? We lived among our own kind.

And frankly, I somehow developed a sense of myself outside of my ethnicity. If someone had called me a name based on my ethnicity, I probably would have laughed at their stupidity. Because I knew who I was very young.

So I’m curious about how the slur, nigger, became the unspeakable n-word, while no other ethnic slur is singled out in just that way. Words are given power by how we react to them. Has that word taken on power beyond what it should simply because it’s not sayable? Is it any worse than other slurs?

Whoopie Goldberg took some heat recently for providing a different take on Mel Gibson. Don’t get me wrong: I think he’s a nutcase and there’s plenty of evidence that his far right leanings do more than lean toward stuff like racism.

But the gist of Whoopie’s speech on the TV show, The View, was this: she knows Mel and doesn’t believe he’s a racist; she believes he was just reacting out of anger. That’s because she also uses slurs when she’s angry. For example, if a black guy cuts her off in traffic, she’ll spout off something like “You black #$%*^!!!” and if a white person does the same it’s “You white &#@%%###!”

Her view (given on the TV show The View) didn’t go over so well with some of the public. One commenter pointed out that because Whoopie had exalted status (rich, famous, successful, talented) Mel wouldn’t treat her like he would someone of “lesser” status. Like another black person.

Or the mother of his child.

Complicating this story is that Oksana is viewed perhaps less as the mother of his child and more as a Russian gold-digger who broke up his marriage and cemented her financial security by having a child. Another angle entirely, with the other factors of her being a Russian immigrant and, of course, female. Oh, it’s tangled!

But let’s go back to the slur thing.

Last Christmas a guy I know was doing some last-minute shopping at a mall. Parking spaces were hard to find and cars lined up waiting for a place to park, My acquaintance was lucky enough to find a space and quickly pulled in.

Apparently, someone else wanted the same space. That guy, an African-American, parked elsewhere but walked over to confront my acquaintance, who is Cuban.

“You stupid spic, that’s my parking space,” the African-American said to my Cuban acquaintance.