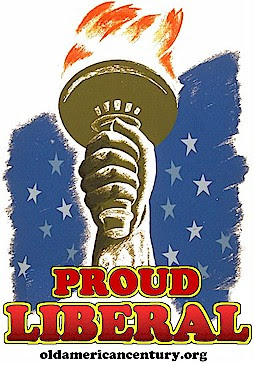 You’ve got to stand for something or you’ll fall for anything, Aaron Tippin wrote in his 1991 country hit, and he’s right. Too many people take the middle road (citing “fairness”)
and fail to call a spade a spade. Even when it’s right in front of their faces.

For God’s sake, have a position.

The thing I like about Bill Maher is that he doesn’t try to run it down the middle. He has a position and he expresses it. Articulately, with pointed, wry humor. And he’s never better than when he talks politics. Same with Jon Stewart.

Politics is a dirty business. But I’m not going to pretend that viciousness is a tactic used equally by both sides of the aisle, because it’s just not true.

Compared to conservatives, liberals are wimps when it comes to stupidity, insults and twisting the truth. Maher calls the current conservative Republican partisans “fact-free” and he’s definitely got that right.

It’s pretty damn scary that anyone, even one person, would vote for Rick Santorum. And it’s even scarier that so many people buy the Republican Fox Network party line as “fair and balanced.” when it’s so clearly fact-free.

So let’s take a look at the reality of our world today. 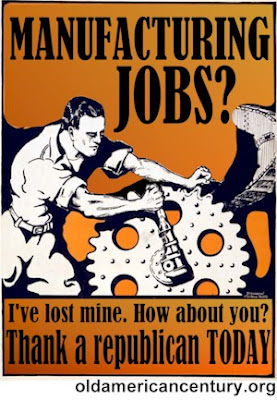 We manufacture in China and other countries where labor is cheap
because spending less to make something means more profit.
We are, after all, capitalistic. Profit is good.
It also can keep prices lower.
Theoretically.

If those Ipads made by the Chinese factory workers who are jumping out of windows were made in the U.S. they’d cost a whole lot more. Yeah, there’d probably be the same long lines outside Apple stores, even at a much higher price. (I don’t understand it, and I’m an Apple user.)

But the fact is that big business is Republican and Republican policies protect big business. Don’t expect more manufacturing jobs in the U.S. And be honest: would you pay an additional 25% or even 50% for something if it were made in the U.S.?

{By the way, we spend hours in pet stores ensuring
that the consumables we buy are not made in China, where life
in general is cheap and pet life is especially cheap.
Do. Not. Trust. Consumables. Made. In. China.} 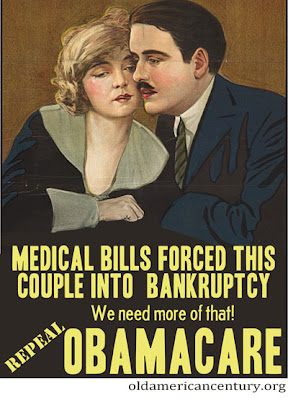 Accessed the medical system lately? It’s out of control. Yes, I come from a medical family and my family was supported by the medical system. Fortunately, it was back in the day when doctors were more like kindly Marcus Welby, the cost of care was far less and having a new Oldsmobile every three years meant “making it.” Those days are gone, kids. Now, a big part of the medical system is being run by Big Corporations and Big Pharma.

In January, my doctor prescribed me meds that my insurance company didn’t want to pay for. Instead, they wanted me to take a more powerful drug that I didn’t want to take. Who’s the doctor here? Big Pharma. Faceless people who don’t know me, my disease or my case.

A friend’s insurance company wouldn’t reimburse for gold-standard heart tests,
so he got the old, less diagnostic one. That’s what they’d pay for.

Poor people can not even access decent medical care today.
If you aren’t poor, you may not understand what this means.
Sometimes it means you die.
Who’s to blame for this mess? See entry above. 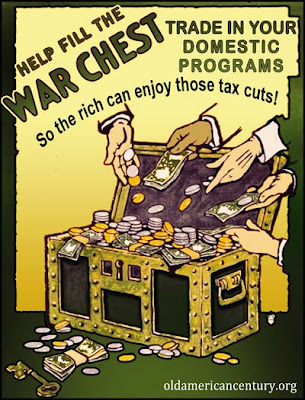 Yeah, well, the war. The one George Jr. got us into by lying to the American people.
This is a fact that people just ignore.
He lied to get us in the war. The war the right continues to defend.
Soldiers have died. Many.

War is expensive.
And there’s all the equipment for future wars.
Do we really need to spend a trillion dollars (yes, you read that right)
for the F35 that’s never flown because it was so poorly made? 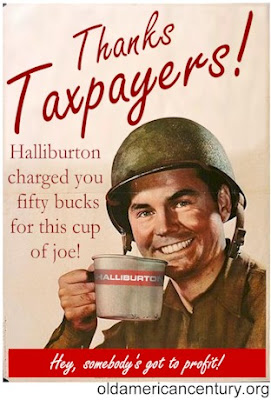 You gotta love the war machine. Halliburton
and other contractors that profit like crazy from unrest.
Financial abuse of these government contracts has been shown time and time again,
but those conservative guardian angels in Congress
and sometimes in the big white house make sure they just keep chugging along.

Oh dear. Pollution control is expensive.
It costs money to come up with new ways to make stuff so the air isn’t poisoned.
A huge burden on Big Corporations.
Oh, someone in your family died of cancer probably caused by environmental toxins?
So sorry. 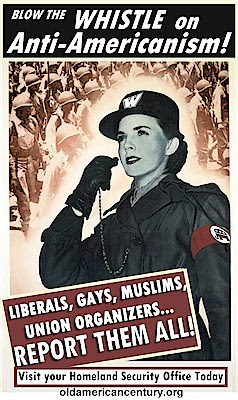 Today on the road we were cut off by an older woman with white hair
driving a big fat SUV that had a big American flag waving in back.
U! S! A!
Today also we had a chance to buy at Home Depot instead of Lowe’s. You might
recall that Lowe’s pulled its advertising from the TV show All-American Muslim
when it was pressured by a right-wing media watchdog group.

We define anti-Americanism without even a nod
to the roots of this nation. Because I’m
certain that most people who watch Fox Network
have no idea what our history is
and what our nation really stands for.
The people who beat their chests
U! S! A!
are exercising mindless nationalism.
They don’t know the reasons we really
should be proud of being American.
Or that those reasons are at risk today. 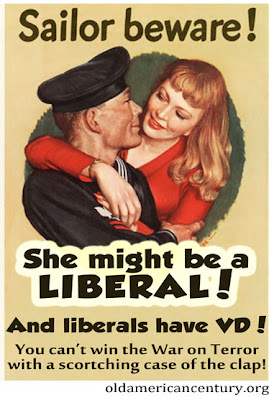