Freedom’s road is getting very narrow 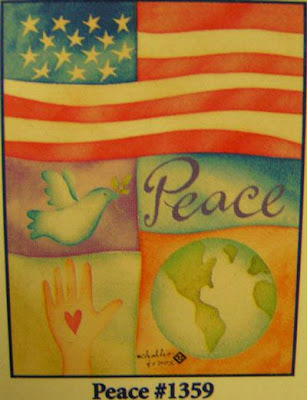 This week I had some online discussions with a few people to the right of me politically, including one who used an extremely offensive name: Obamaturd. Yes, an adult used that term.

And I got an email from someone else, spewing more right wing propaganda. I am all for dissenting opinions, but some of these folks are delusional.

Many right-wingers seem to feel that everyone has a bully pulpit but them. They don’t like to admit the influence of Faux News and their use of misinformation to incite extreme and hateful views. Nor do they admit the way public figures on the right like Sarah Palin and the hateful Ann Coulter also use simplistic thinking and misinformation to influence people who can’t or won’t think for themselves.

I can’t remember the last time I heard a liberal pundit public use an equivalent term to Obamaturd for a sitting president. Or any president for that matter.

The lack of respect for the office reflected by the right is nauseating. And childish. And it’s reinforced by ideologically-slanted media outfits masquerading as news outlets. Here’s an incisive take from Eric Deggans of the St. Petersburg Times on the Shirley Sherrod situation. His column reinforces everything I have been saying about Faux News and similar outlets — “fake news outlets” — that are harming our nation.

This story calls out a lot of scary stuff, but here are just two:

These fake outlets and people who call our president names like Obamaturd are free to do so but the exercise of freedom without responsibility is abhorrent. They disgust me and they should disgust YOU, too.

When reasonably intelligent people quote Sean Hannity to me, I know that they are not thinking. At all. Because if they really dug into what people like that are saying, they’d be horrified. (My husband can’t bear the sound of that guy’s voice and if we happen upon him as we channel-surf, rushes to change the station.)

I decided to listen to some civil, creative, calm and heartfelt partisan thoughts in a song called Freedom’s Road that John Mellencamp sang /wrote about the Bush Administration. What price do we pay for freedom? it asks. A good question.

I closed my eyes and even though it’s a sad commentary, its calm, civil tone of protest contrasted with the crude and illogical propaganda I’ve been hearing and soothed my soul this morning. (Lyrics below the video)