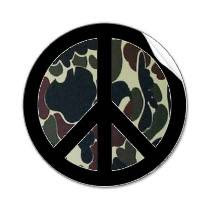 Yes, American Airlines now offers wi-fi on some flights, and of course the flight to San Jose (Silicon Valley) is a natural. It’s a little slow, and you pay $13 for a 24-hour pass, but it does pass the long hours. Since we took off at 6am eastern time, it’s a long day.
So, where did we leave off? I actually took some notes in the airport but I’ll start with our arrival at DFW.
Rarely, my connecting flight is in the same terminal as my originating flight, but this time, it was. So we took a seat to wait the 2+ hours.
Almost immediately, a middle-aged-woman popped up, waving red, white and blue pom-poms, looking up at the glass-enclosed corridor on the second level of newishTerminal D, hooting and hollering and applauding.
We looked up to see an entire unit of Army soldiers arriving home from Iraq, Afghanistan, God knows which Middle-east country. They kept coming, a sea of sand-colored camouflage. Maybe 200 of them.
The entire concourse erupted in applause, which they kept up until the last soldier had passed.
I thought about how stupid and useless this war is, and all the soldiers who would never walk a concourse like that again, or hear applause. Or see their loved ones. How Bush got us into a war that is absolutely useles, wasting human lives.
I couldn’t help it. I started to cry and I couldn’t stop. Right there in Terminal D.
“I agree with you 100%,” my husband told me.
I deeply believe that all war is wrong. That perhaps it is “necessary,” but that is a horse of a different color. And does not describe this war.
I watched these soldiers with mixed feelings. Some of them must believe as I do. Others must believe they are fighting for a just cause, because if they didn’t, well, they just couldn’t do their jobs.
I pray for peace. Every day.