Generational pain and the legacy of immigration 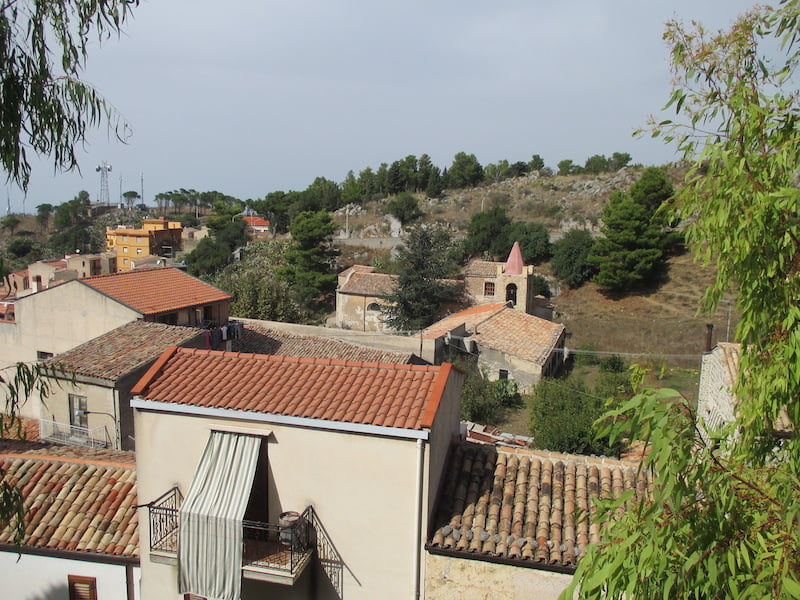 Gratteri, Sicilia, home of my Mazzola family. Population about 1,000. In the province of Palermo, 37 miles southeast of the city of Palermo.

I am the granddaughter of Sicilian immigrants, who left all they knew at the turn of the 20th century to forge a new life in a strange country. They did not speak the language. English was a second language in my parents’ homes and they did speak Sicilian to my grandparents at in our home. If you didn’t know me back in the day then you wouldn’t know this about how I grew up. 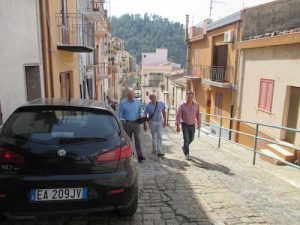 My family walking the same hilly cobblestones my grandparents walked. I am ahead of them, walking, too, even though I was recovering from pneumonia.

When we talked about immigrants back then, we meant European immigrants and they all aspired to be part of this big melting pot of cultures called America. Getting here was aspirational and they appreciated their lives in America, even if the streets weren’t paved with gold like they were told. They wanted to assimilate. They worked hard to “belong.” To be “American.”

How times have changed.

It wasn’t until I saw the solo off-Broadway show, Blood Type: Ragu, written and performed by my friend, Frank Ingrasciotta, that I remembered what it really meant to be a kid who grew up so closely connected to immigrants. 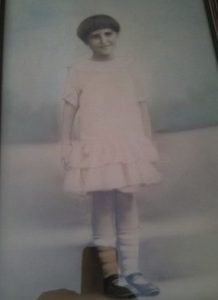 After watching his show, I felt acutely the pain that immigrants carry when they leave their homeland. I thought about my beloved grandmother, Mama, and how Mama left for America and never saw her family again.  Even speaking to them on the phone was an impossibility in the first half of the 20th century and after that? It never happened. She never again saw her town in Sicily. She left that all behind when she and her first two children, Giuseppe and Maria, came to Ellis Island.

Zia (Aunt) Maria died when she was 12 from an infection that would have been cured if penicillin had existed. A framed, colorized photo of her hung in the room where my grandmother slept for her whole life. It hangs now in my office in my second house in my home town. I look at it often. Would my Aunt “Mary” have died if they’d stayed in Sicily? Probably not.

Did my grandmother miss her family? I’m sure she did. I can’t even imagine what it must have been like to leave everything like so many did. The pain.

I can see that we children and grandchildren carry the generational pain of our immigrant families deep in our psyches.  It’s part of our DNA. It is, as Frank’s show title says, our blood type. 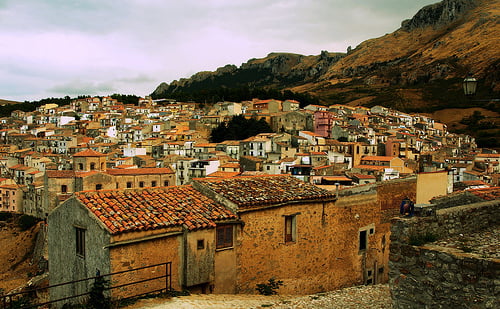 Gratteri: birthplace of my maternal grandparents. In the Madronie Mountains.

I have been to Gratteri , Sicily twice, the small mountain town of my maternal grandparents. I walked the same cobblestone streets they did. I met my warm and wonderful family. I struggled  to converse with them in my bad Italian, enjoying their delight when I would use a Sicilian word or phrase my grandparents used. They were surprised I knew those words.

I tried to explain that I’d heard them growing up, those words and more. But I didn’t have the language skills to really explain.

I don’t think they had any way of knowing how much my Sicilian heritage colored my life in America. They probably think none of that history has any bearing on me.

They couldn’t be more wrong.

My Mazzola family in Sicily waiting to greet me in 2016.

The powerful impact that seeing Blood Type: Ragu had on me was unexpected. It moved me in ways I’m still unpacking.

Frank’s show is streaming through January on Broadway on Demand for $12.50. It’s really, really good.

If you’d like to see it before it’s gone you can at this link.

21 comments on “Generational pain and the legacy of immigration”