Goodbye to The Closer 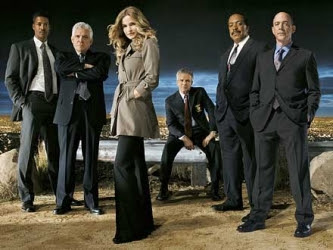 It’s rare that a television show gets so under my skin that I’m visibly sad when it ends. But such was the case with The Closer, starring the excellent Kyra Sedgwick, which ended its seven-season run tonight. Sedgwick was ready to move on, but I –and other fans–weren’t.

I don’t even like crime dramas.  But Sedgwick made Brenda Leigh Johnson, The Closer, likeable, despite her many quirks and maybe even because of them. I loved the way the character managed a group of alpha men, her femininity intact even as she exercised her formidable investigative chops.

A talented and eccentric ensemble cast made me laugh, made me think, shocked me–they were so good that I got attached to each and every one of their characters.

We sat in front of the television set a little stunned tonight, as the writers gave us finale worthy of the show’s award-winning run.

Actually, The Closer and its cast didn’t win very many awards during its run, which in no way reflects on the entertainment value of the show and how good the actors were. In my book, The Closer was one of the best shows of our generation and I’ll miss it. 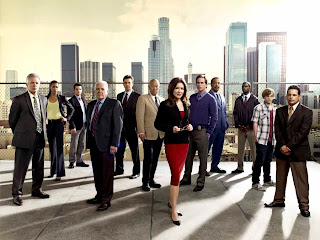 Our only consolation is that it’s spawned a spin-off.  Major Crimes, starring Mary McDonnell, picks up where The Closer ended, with most of the characters remaining.

The writers skillfully (and wisely) transitioned McDonnell’s character from Brenda Leigh’s nemesis and the squad’s antagonist –which is how she entered the series a few seasons ago– to her friend and supporter, allowing the audience the ability to accept her in her new role.

Thank you to Kyra Sedgick for years of great entertainment.

So, were you a fan? What did you think of the finale? and Major Crimes?