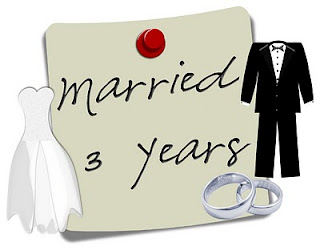 and also are celebrating this wedding anniversary 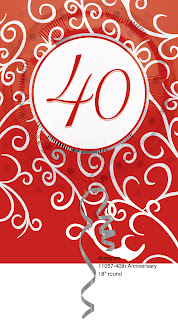 How can this be?

No, we didn’t reconnect through Facebook, the internet or a class reunion.  It just happened the old fashioned way.

Listen. There were days after he left in 1980 when I would have given anything to have him back. Pity party was me. I wallowed in it.

And then, there were days years later when I was so glad that we had divorced. When I celebrated my freedom to have a career, move to California and live a life I’d never even dreamed of. I was, after all, a small-city girl who found herself thrust into married life before she could even have a dream. I had mine on the fly.

And then: this. The phone rang. He said a bunch words that included “I made a mistake 30 years ago” and “I want to remarry you.”  I stared in disbelief at the receiver in my hand.

It took me some time to process this new situation. I didn’t just jump on it.  I was engaged, for God’s sake, to someone else. Someone I loved.

All the details, well, they’re pretty personal and then again, there’s the memoir I’m working on. But here’s the bottom line:

I’d forgiven M a long time before. It took me much longer to forgive myself. Because really, it takes two to make a marriage work and two to make it fail.  Once I owned my part, I could move forward.

I wouldn’t have given up those 27 years in between for anything and certainly not for our marriage the way it was the first time. I’m happy that I had that time for myself and experienced other wonderful relationships. No regrets.

And then, one day, love found its way home. As it always will.

I let it in, and the rest is history.

My history. Our history.

It’s a good story. But an even better life.

Happy anniversary, sugar. Thanks for making every day of my life so amazing. ♥