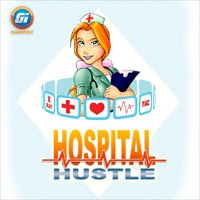 Okay, we’re done with this place.

The Dolphins are on TV playing the Jacksonville Jaguars tonight, and he wants to watch. Sure, we can watch from this little cath unit room. But we want to watch from our Heavenly Bed at the Coral Gables Westin, The Colonnade. Both of us.

I offered to climb into bed with him but we figured his leg would start bleeding and they wouldn’t let him leave tonight.

“I’m bored,” he says. Then closes his eyes and nods off. Which he does well.

Two minutes later, his shallow breaths set off the respiration alarm, which wakes him up–and actually, would wake the dead– but fails to alert his nurse, who says it’s not very accurate and figures I’ll shriek in alarm if he stops breathing.

Because believe me, there is very little in the cafeteria that also appears on my eating program, and I am dodging food grenades every time I walk in there. I’ve had so little to eat that I thought I might pass out while ago, when I went down to get him a snack. Thankfully, I have an ID badge that’s coded with his name and unit, so if I hit the deck, they know to whom I belong.

Once we get back to the hotel, I figure I’ll order some room service protein and vegetable swill. The house restaurant is so bad that…well, ok, here’s an example: an egg white omelet is supposed to be more healthy because it’s low in cholesterol. However, when I ordered it, the omelet arrived swimming in a pool of butter.

And not the shallow end, either.

It was practically doing the backstroke.

So the cardiologist is kind of a strange guy. He’s got the bedside manner of a drill sergeant. I was standing against the wall getting ready to go down to get coffee when he walked in to talk with us earlier.

“Siddown,” he ordered. And I do mean ordered.

He made me laugh.