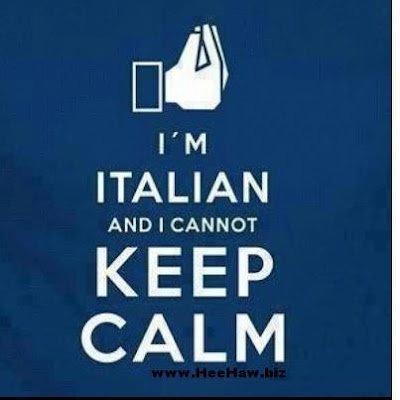 It’s not a stereotype, either. It is absolutely the truth.

We Italians (Sicilians, to be more precise) lead with our passion. With our emotions.  No cool, calm and collected approach. We talk with our hands, our bodies. We hug, kiss, pet, stroke.

And that’s before the first glass of red wine.

The other day, someone criticized one of our grad students for using their hands too much during a presentation. I laughed out loud.

“If I had to sit on my hands, I couldn’t talk,” I told them. And it’s true.  Being expressive means using the whole body.

Passionate people feel everything with  more drama and emotion. After an expressive call with a fellow Sicilian-American girlfriend the other day, I realized that we’d both been doing culturally-appropriate venting about our frustrations. To anyone else it would be whining, but to us, it was simply expressing our feelings.

The rising and falling cadence of Sicilian dialect being spoken loudly was the soundtrack to my childhood. My mother and her mother would argue, discuss, emote, vent back and forth in a dialogue that could go on all day.  I can still hear my grandmother use the colloquial, “Mah!” that could mean anything from “But” to “I don’t agree” to God knows what.

And everything was expressed with great drama. For example, if my hair wasn’t pulled back in a barrette my grandmother would tell me to fix it or I’d look like a tramp.  If my mother spent too many hours out of the house doing volunteer work or with her friends, my grandmother would accuse her of “running around town.”  All of this sounded much more dramatic in their Sicilian dialect. 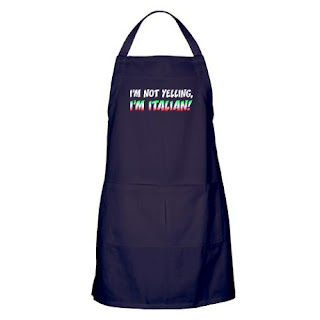 Of course, not everyone has the stomach for a good argument and even I am conflicted–I love the drama but only if it’s benign:  I don’t like the violence inherent in loud, angry voices.

Still, I like having such a colorful cultural background.