I want to be a Mormon

Before I start getting calls from missionaries, let me explain.

No, I am NOT a Mormon. Yes, I do watch Big Love. And no, I don’t like the whole crazy Mormon polygamist scene. And I have the same problem with Mormon church leadership that I do with other church leaders: corrupt, misogynistic, controlling, etc. 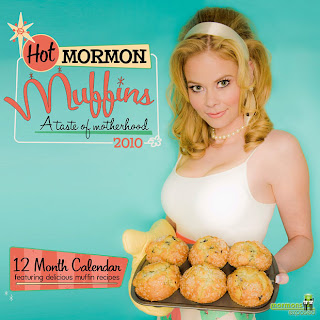 I absolutely love the vibe of Mormon families. How they take care of one another. The large extended families exude warmth and love. When a family’s in need, everyone reaches out. Everyone lends a hand, including the extended family of the Mormon “ward” or small congregation. It’s taken for granted. It’s ingrained in the membership. It’s just the way it is. From the outside, it looks the like basis is love. Fancy that.

I love that Mormons seem to view life in very simple terms. Heavenly Father. Church. Family. There’s a certain innocence that’s appealing in a world that has lost so much of its virtue. When I look around, it’s hard to imagine how they keep that wide-eyed purity. I wish I had some of that back, myself.

I once said to a husband that I wish I’d been born the proverbial “dumb blonde”* because life would be so much easier. I don’t think Mormons are dumb at all–I have known a number of very smart executives who are member of the LDS.

But I imagine that the ability to break life down into very simple, easy-to-handle components makes for a much smoother ride than I’ve had.

And that’s a dealbreaker.

* In the interests of full disclosure, I am talking about the stereotype, I am a blonde and mean no disrespect to blondes anywhere.