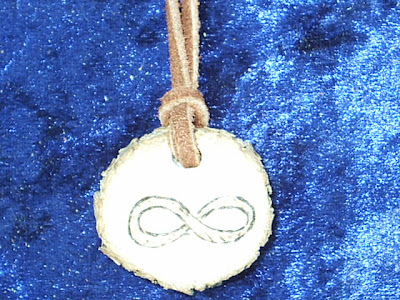 I drive by Apple almost every day. Their 1 Infinite Loop Drive address always makes me smile.

An infinite loop is computer coding that has no functional exit so that it repeats indefinitely. {Apple’s successes have been a pretty good example of that, too.}

I was talking to my former student who was recruited by the SF Giants a few months back. Last summer, we’d both hoped he’d get a California farm team assignment, but he was assigned to another West coast Class A team instead . The day before he was to leave, he pulled a muscle and had rehab for six weeks. He’s now good as new, but finished too late to play in Class A. So he’s back in the pool, starting January. Again, we’re hoping for a California assignment.

“San Jose would be killer,” he said to me. So I told him we’d just bought a house in San Jose.

“That would be perfect!” he said. “So does this mean I’ll be seeing you for the rest of my life?”

We laughed. But it got me thinking about how my life always loops around to where it’s been in the ways that could hardly be coincidental.

When this young man took his seat in the back row, left hand side of my classroom, I had no idea that he could play any role at all in my California life. And yet, here we are, a year later, in frequent contact as he makes his dream come true with an organization based in the Bay area. {Thankfully, I like him. He was a lot of fun in class and a hard worker. It would be super to have him nearby.}

Even better, M is a huge baseball fan and a baseball trivia expert, so it’s been fun to have an insider’s view of the game.

Somehow, it all fits, my past life and my current one.

Remember those wishes on a dandelion?

A more extreme example of the infinite loop in my life is my remarriage to M after almost 30 years, but there have been many more. 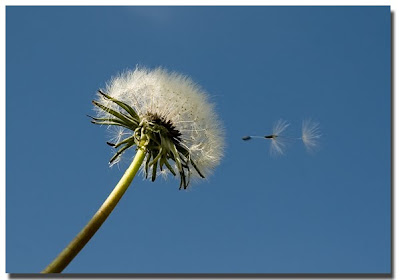 I spent a lot of time in the 1980s in Boulder with a close friend and even dated a guy there. Back then, I thought the ideal life would be to live half time there and half time in the Bay area. In 1994, I took a job that, unbeknownst to me, would require me to do just that.

What are the chances that the house we fell in love with would be around the block from a young woman I’ve known since she was a young teenager and whose mother has been one of my dearest friends for decades?

I’m not sure what it all means, but my life has proven repeatedly that it ain’t over ’til it’s over, and it’s really never over. Things have a way of reappearing unexpectedly in my life down the road.