Is it an online scam? or for real? Something’s been bothering me and I’m worried that I’ll sound bad if I sound off. But nonetheless, I’m gonna do it.

I’ve noticed an increase lately in online begging by people who are facing hard times. I have tons of compassion for their hard times, but the begging’s getting a little out of control.

Case in point: recently,  a woman posted on a Facebook page I follow that she needed $600 to repair her vehicle. She pretty much came right out and asked for donations in a tone that made it seem like she expected readers to ante up. The page had to do with death and dying, and those following it did not know one another in real life.  The person who runs the page responded by saying that solicitations weren’t appropriate and subsequently removed the post. Smart.

Second case in point and a little more distressing: A couple whose hard times include one partner with a potentially terminal illness and the other with a chronic illness really do have it rough. I don’t know them in real life, but my heart went out to them and I have sent money and packages in the past. 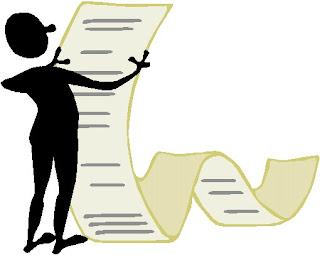 But as the months and years rolled on, I’ve noticed that one of the partners has become very skilled at getting free stuff. Not food or clothes: expensive toys and games. She basically leverages their health scenario in posts on various websites. She might flat out ask for something, or she might post a “dying wish.” Commercial interests who are compassionately inclined then send her what she’s asked for.

As well, several elaborate wish lists appear on their website — for toys and games and knic-knacks, many in the $30-$50 range. For themed ice cube trays and cookie jars. For $15 themed playing cards. For fun cosmetics. For 20 books and DVD sets, many of which are available at the library.

To me, it smacks of this generation’s grandiose sense of entitlement.  “Buy me a $50 themed tie because I’m sick.” (Right. I just bought hubby a gorgeous tie at TJMaxx for $12.99, so why would spend $50 for yours?)

I don’t begrudge people — and especially not sick people– the ability to have a good time. I do believe that the ability to laugh and play are important to staying healthier, almost as important as food and housing. (Speaking of that, money to pay for food and rent hasn’t been requested in a really long time.)

But the scale of this website’s begging is feeling way manipulative and I am getting suspicious.

The terminally ill person has a disease (allegedly) that is so virulent that it should have already taken their life. 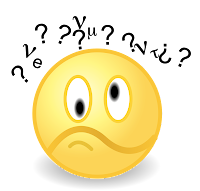 But here’s the thing: It’s going on four years and the story hasn’t changed. I’m all for “dying wishes,” but so many of them? For someone who–and I’ll say it–doesn’t appear to be dying?

I don’t want to think this, but as each day and blog post passes, I do: Is this person really ill? or that ill? Is this couple scamming compassionate people and companies?

Anyone can say anything online. Is this couple really what they say they are? And if so, isn’t their sense of entitlement a little excessive?

I don’t feel badly that I’ve helped them: it came from a good place in my heart, one that I don’t want to ever lose. But. As a result of this suspicious scenario, from now on, I’m going to only give to people and organizations I know in real life. I think it’s a safer way to help those who need it.

And if they are exactly what they say they are, then I hope they reconsider their blatant begging and absurdly grandiose wish lists in favor of something that shows more respect for people who  might want to help them.

3 comments on “Is it an online scam? or for real?”