It’s hardly ever about you 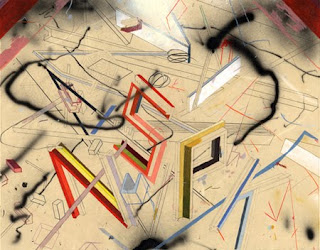 Sometimes the situations and people you come across in the course of your life intersect in strange ways. Such was the case this month.

A girlfriend and I were sitting at a coffee shop talking about life in the way women do, when she came out with this.

“Here’s something I don’t understand. I have a friend of 30 years. I’ve been close to her and her three children their entire lives, a part of the family, really. Her daughter was interested in my business and so I took her under my wing. After she graduated last year, she was still a little undecided about what to do. So I took her to an out-of-town professional meeting for several days so she’d see what a career like mine is about. I did this at my own expense. My friend thanked me profusely.”

And so? I wondered.

” At Christmas, she gave me a gift that was frayed and dirty from being handled. Obviously it came from one of the discounters, such as TJMaxx or Ross. At my last birthday she gave me a plastic wallet that I later saw Ross. She and her husband both make a solid six-figure income and she’s never seen me wear the kind of things she gives me. I get that it’s the thought that counts, but I’ve been shopping with that her for gifts she gives others–designer labeled goods on sale that are far better quality than what she gave me last Christmas. So I have to wonder if she considers me a second-rate friend. Especially given that I’d just gone above and beyond, lovingly, for her daughter. What do you think is up with that?”

Well, lots. Maybe she just has terrible taste. Or –maybe she feels your friendship doesn’t require an image-oriented gift, whereas other friends judge her on her gift giving. It appears that you do judge her, though, on this, I observed.

“Not exactly,” my friend said. “If she couldn’t afford it, or if I hadn’t seen her gifts to others, I wouldn’t even be bothered. But this does bother me. I mean, I’d really appreciate one nice book on a favorite subject more than worn and dirty anything. Not to mention, if she’d done something nice for MY child, at the very least, I’d have made sure the Christmas gift was special or even sent a nice bouquet to say thanks. “

Another thing that occurred to me was that my friend and her husband have means. He’s a doctor, she’s an executive and they probably pull down significantly more even than my friend and her man. There’s probably a little undercurrent of jealousy there. She may think “well, they’ve got plenty of dough, so why shouldn’t they treat my daughter to this?”

It’s not pretty. But it reflects more on the gift-giving friend and her issues than it does on my kind-hearted girlfriend. 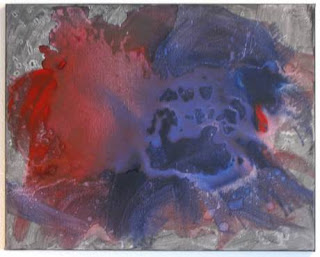 This came to mind again this week when I forwarded our land line into my cell so I’d be sure to get birthday calls from my siblings.

The thing was that no calls came from either of them. I had a short text from one and a two-line email from the other. Happy birthday.

My mantle had a lineup of birthday cards from loving friends, but none from either sibling. I received several birthday boxes, but my siblings were too busy, they said, to get mine out.

Even though we are not particularly close, it’s notable.

Like my friend, I was a bit hurt and bothered by this. But not too long ago, I was on a three-way phone conversation with my husband and a longtime friend (both of whom know my family well).

“You don’t think this is about you, do you?” they asked me. “Because it isn’t. It’s about them and their issues.” And they both explained what they saw, believed and why. My friend had his own experiences with my family that were illustrative. My husband has his own thoughts. And together, they helped me put it all in perspective.

And how’s this for a non-sequitur: Tori Spelling. That “poor little rich girl” thing fascinated me and then I saw her TV shows. She’s a talented comedienne and seems more down to earth than her image. She and her mother have been at odds forever and Tori has felt responsible. I wondered about that.

So I read her books. And her mother’s book. Seems to me her mother’s the one with major issues. Tori’s a little like me, always thinking that the relationship would be stronger if only she tried harder, reached out one more time, whatever. But no. Because really, it isn’t about her at all. It’s about her mom.

And Tori’s a little like my friend, who thought that the cheap gifts HER friend gave her reflected her friend’s opinion of her and not the friend’s issues.

Sometimes we just can’t step outside of ourselves to see the truth about what’s happening. Sometimes it takes someone who’s really on the outside to help us see more clearly. Me for my girlfriend, my husband and friend for me.

The thing is…it’s hardly ever about us.